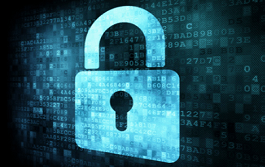 Deutsche Telekom has deployed new technology to make voice communications on its mobile networks more secure.
The new the A5/3 encryption standard, which has been installed at around 30,000 base stations, will replace the A5/1, which was cracked according to the Germany-based operator.
Encryption is automatic for transmissions between a mobile phone and the base station network. With the new A5/3 standard, encryption in the GSM network is now stronger, DT said, as the new algorithm is considered secure.
Similar encryption levels are used in the UMTS and LTE networks.
Nationwide implementation of the new technology is expected to be complete by the end of 2013. However, calls on older phone models will still be encrypted with the A5/1 standard.
“A major challenge during the upgrade will be the 50,000 older mobile phones which are still in use throughout the country and do not support the new encryption standard,” DT said in a press release.
The operator said that it had developed and tested a software solution to ensure that customers do not “suddenly find themselves without reception”.
Thomas Kremer, the board member responsible for Data Privacy, Legal Affairs and Compliance at DT, said that consumer trust in telecommunications and internet has “taken a heavy hit in recent weeks due to the NSA revelations”.
He added: “We are doing all we can to provide better security for our customers. Improved encryption of mobile phone conversations is another important step in this direction.”
DT has previously deployed A5/3 encryption in Macedonia, Montenegro, Poland and the Czech Republic, and said it will now also be rolled out in other countries where it offers mobile services.
Read more
Deutsche Telekom’s SiMKo 3 handset features world’s first secure OS kernel
Deutsche Telekom plans ‘clean pipe’ security service with RSA
Security fears prompt Deutsche Telekom to launch “E-mail made in Germany”
Share
Facebook
Twitter
Linkedin
Pinterest
WhatsApp
Previous articleMobile Europe CTO of the Year 2014
Next articleQualcomm unveils new CEO and new 64-bit 4G LTE chipset