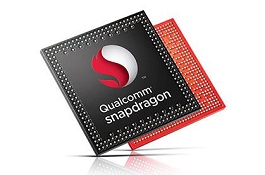 Chip manufacturer Qualcomm has announced a new CEO and a new 64-bit 4G LTE enabled mobile chipset, the Snapdragon 410.
The US vendor’s president and COO Steve Mollenkopf becomes CEO from 4 March 2014, replacing Dr Paul E Jacobs who takes on the role of executive chairman.
In a statement announcing his promotion, Qualcomm said Mollenkopf had played “a critical role” in the development of a number of new technologies, and strengthened the company’s relationships with key industry partners.

“Qualcomm’s focus on execution in product and technology development has helped to establish us as a leader in wireless with our partners. I look forward to working with our executive team and our employees in driving growth for our company and the entire mobile ecosystem as it transitions to 4G and beyond,” commented Mollenkopf.

The news follows the unveiling of the new Snapdragon 410 chipset, which is targeted at the entry and mid-level smartphone market.
It comes with multimode and multiband support, ensuring that many devices carrying the chip will work on LTE networks around the world.
In addition, the Snapdragon 410 will feature an Adreno 306 GPU and offer support for dual- and triple-SIM devices, with 1080p video playback, up to a 13MP camera, GPS/GLONASS, WiFI, NFC and Bluetooth. The chipset will be compatible with Android, Windows Phone and Firefox OS.
The chipset will also include GPS, GLONASS, and China’s new BeiDou, which helps deliver enhanced accuracy and speed of location data to Snapdragon-enabled handsets.
“The Snapdragon 410 chipset will also be the first of many 64-bit capable processors as Qualcomm Technologies helps lead the transition of the mobile ecosystem to 64-bit processing,” said Jeff Lorbeck, Senior Vice President and Chief Operating Officer, Qualcomm Technologies, China.
Qualcomm said it will be sold commercially for around €110 by the second half of 2014.
The news comes after Apple announced the world’s first 64 bit smartphone, the iPhone 5S, in September this year.
The current breed of smartphones in the mobile market employs 32-bit processing units. Processors with 64-bit features can take advantage of more memory than 32-bit processors, resulting in faster and more efficient data processing and increasing over-all performance.
Intel already includes 64-bit features in its mobile chips; however, the company’s x86 architecture has failed to progress in the devices market.
Read More:
QUALCOMM, APPLE TOP APPS PROCESSOR MARKETS AS RIVALS CLOSE THE GAP h
Share
Facebook
Twitter
Linkedin
Pinterest
WhatsApp
Previous articleDeutsche Telekom upgrades mobile network security with A5/3 encryption standard
Next articleChristmas and New Year news round up