Digging dirt to unearth the jewel of convergence? 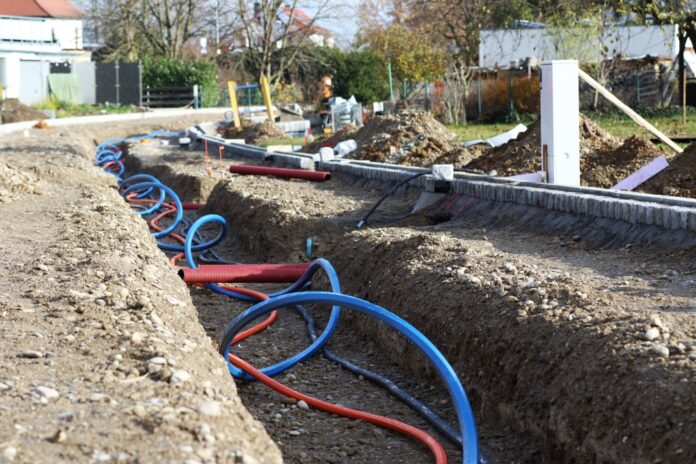 Yesterday’s announcement limiting Huawei’s presence in the UK’s full-fibre and 5G networks underlined just how crucial fibre is to 5G – and convergence. But it’s not the whole story writes Annie Turner.

UK operators, and most especially BT, were surprisingly late in realising the importance of a national fibre infrastructure to 5G, among other things, or at least acting on it – with the UK languishing at the bottom of European ranking of the FTTH Council’s fibre penetration last year.

The Council also pointed out that it was largely due to the efforts of alternative network infrastructure providers that the UK was included at all.

BT is now striving to make up for lost time. This week, Clive Selley, CEO of Openreach, BT’s wholesale access unit, said, “Our full-fibre build programme is going great guns – having passed over 2 million premises already on the way to our 4 million target by March 2021.

Vodafone too has massively increased its efforts regarding fibre infrastructure in the UK.

Still it takes a lot of time and a lot of money to lay fibre, no matter how much smarter the digging gets. Even the launch of Japan’s cloud-native Rakuten has apparently been held up in part by the mechanical and logistical difficulties of building out infrastructure to its masts.

Despite these efforts, simply having infrastructure in place doesn’t automatically enable operators to leverage networks’ combined attributes, which in theory are greater than the sum of the parts.

In fact, many operators seems more hung up on the infrastructure end of the deal, rather than seeing a clear trajectory between what goes on in the network and what the business can offer to consumers, and how it makes and delivers those offers.

Read how critical Rethink Research’s Caroline Gabriel thinks this is and why it’s an essential attribute of any successful CTO in 2020.

Offering converged services is fundamental to Orange’s approach to consumers in its European markets, and has been long in the making, starting with experiments in Slovakia a decade ago.

Last week, Ramon Fernandez, Delegate CEO Finance, Performance and Europe at Orange, called convergence, “The jewel in Orange’s crown”. He said that in some markets, 40% of its revenues were from its converged services and that in all markets it was growing fast.

He was speaking at the company’s Orange Engage 2025 event in London, which gave more details on a country-by-country basis of the five-year strategy the group announced in Paris last November.

Orange has invested massively and widely in fibre (particularly in Spain and France) and mobile elsewhere: in Romania, which is one the less wealthy countries in Europe but Orange customers there have a higher than the European average data consumption rate of 7GB per month.

Marching to a different 5G drum

Interestingly, with the exception of Romania, it will launch 5G as a consumer proposition last, first working with industrial companies of various sizes to build infrastructure to suit their exact needs, followed by offering 5G services to businesses generally, with consumers in the third wave.

Clearly understanding the different markets and adapting strategy to local conditions is working well, while Orange’s uniform brand across all its services in all its territories has given it a platform from which to offer other services, such as banking, which appears to be growing rapidly, with smart homes firmly in its sights.

Many operators have talked about convergence for many years, few have done much than often clumsily add stuff to their central connectivity proposition, for example with content such as sport.

Coming up to four years after BT acquired EE, the two often appear more as rivals in the market rather than integral to the success of each other as a single organisation. There is further confusion for example, from the BT Mobile brand, which has nothing to do with EE’s portfolio. Its Halo brand, which replaced BT Plus, is still connectivity with options.

Curiously, the closest the UK has to a converged service provider, it is not an operator but the pay-TV company, Sky, which offers mobile and broadband through others’ infrastructure, but with innovative spin.

Whether convergence is no longer an innovative approach so much as the only route forward for operators, as was suggested by Strategy Analytics at the Orange event last week, remains to be seen. But as Sky illustrates, it’s an opportunity open to a wider field than operators.

Rakuten has already said it plans to take its mobile operations global, as just another strand in its ecosystem of 70 or so services, which are spanned by a single loyalty scheme. The parent company, also Rakuten, is an ecommerce giant that offers loans, credit cards, travel and insurance, and a wide range of consumer goods.

Rakuten’s ecosystem is designed to offer an unmatched lifestyle experience and has businesses in more than 29 countries and regions, and more than 1 billion customers worldwide.