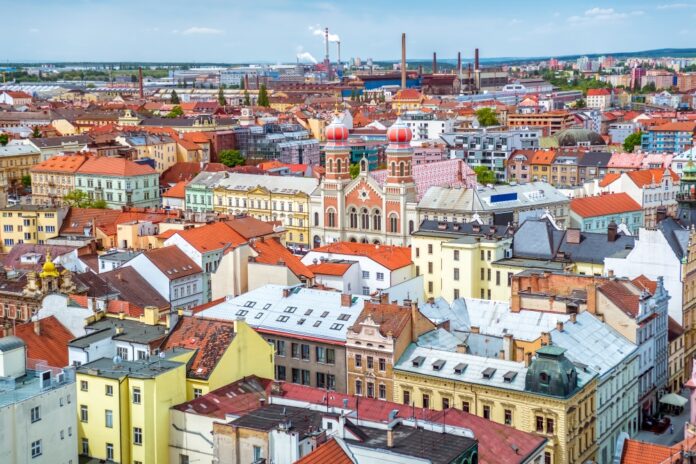 Deutsche Telekom (DT) is trying out options to replace its heavy dependence on Huawei kit.

DT and Korea’s Samsung announced that they have successfully completed the first 5G Standalone (SA) trial in the Czech Republic, in the city of Pilsen (pictured).

The spectrum efficiency was tripled in comparison to that of LTE under realistic conditions and the throughput was increased by about 2.5 times of Single-User MIMO (SU-MIMO).

DT group’s networks are heavily reliant on Huawei, the use of which has been banned in many countries on security grounds. This trial is widely seen as trying out a possible replacement for the Chinese giant.

“We are pleased to collaborate with Samsung to verify the performance of its 5G SA solution,” said Alex Choi, SVP Strategy & Technology Innovation, Deutsche Telekom.

“Together with strong partners we are consistently introducing advanced technical capabilities into our network, and we are very excited about the potential of 5G SA networks to further accelerate the 5G evolution.”

Earlier this month, DT expressed its commitment to Open RAN, signing an MoU with Orange, Telefonica and Vodafone groups.

Samsung has pioneered 5G end-to-end solutions including chipsets, radios, and core network technologies. The company supports 5G commercial services in Korea, the US and Japan, and is expanding into other markets including Canada and New Zealand.