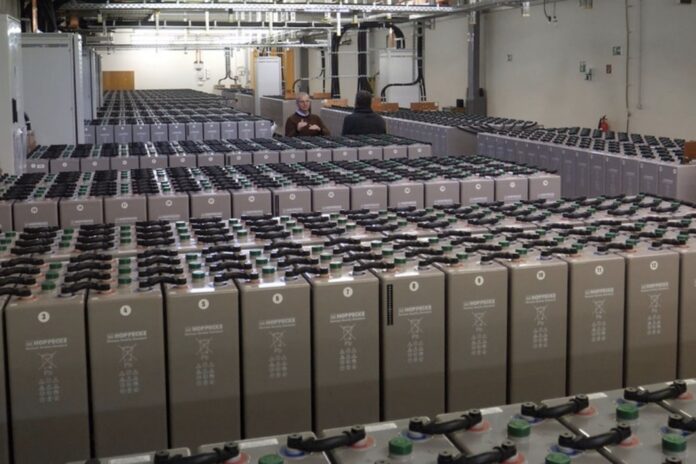 Upgraded AC/DC rectifiers across the group could save up to 90 GigaWatt hours of electricity – that’s 900,000 charges of a Tesla Model 3

Deutsche Telekom is striving to reduce its CO2 emissions by 95% by 2025 compared to 2017 through its PLASMA project.

As part of this initiative, Deutsche Telekom is replacing rectifier systems across the group, which power the telecoms network, with hardware that uses less energy.

Although the rectifiers are super-reliable, the downside is that, for instance at an operations centre in Munich, the old rectifiers had to be cooled with two fans to dissipate with the heat they generated, greatly increasing power consumption.

Peter Fleischmann, one of the leaders of the PLASMA project, says, “We have 10,000 of these systems in operating locations and 30,000 systems at mobile radio stations. In the grey kerbside boxes…there are another 130,000 rectifier systems.

“These figures show that if Telekom uses less electricity at these locations, it will be an enormous factor in Group-wide energy savings. The rectifiers at the cell phone sites and in the roadside boxes are now mostly highly energy efficient modern systems and the rest are gradually being replaced.”

AC and DC arose due to the electricity “currents wars” in the US at the end of the nineteenth century. AC, in which the electrons change direction between the negative and positive pole 50 to 60 times per second, prevailed as the worldwide standard.

A big advantage is that AC can transport electricity over long distances with minimal loss of power. Now as electricity is increasingly produced locally, for example in solar or wind power plants, this property is less important.

This is one reason DT uses DC, but also a lot of modern technology – from LED lamps to computers – works with DC voltage, which is why they are bundled with a transformer to do the conversion.

Even in the event of a power cut, huge banks of buffer batteries (see picture) ensure cellular and fixed networks continue uninterrupted and customers do not even notice the power failure.

So far Telekom Deutschland has replaced 10% of its operations systems but once the changeover is completed, the company will have saved more than 90 GigaWatt hours of electricity.

That corresponds to around 900,000 charges for a Tesla Model 3 which would allow the electric car could thus drive around the world a good 10,000 times.