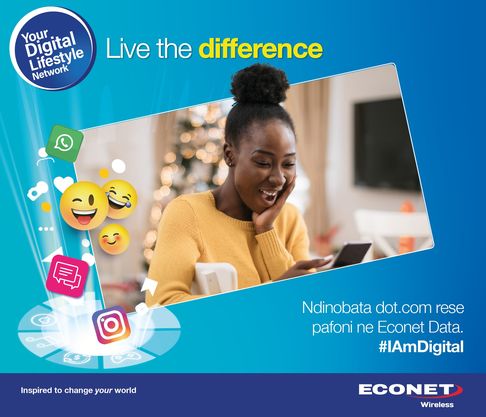 The network in the capital Harare will be built using hardware from Ericsson, which has a longstanding relationship with the telco and Chinese kit vendor ZTE. Econet has invested over $3 billion in infrastructure development since its inception in 2014.

The initial construction of ten base stations will begin in two weeks before expanding to other parts of the country. By end of April, the group said it should have deployed 22 base stations country-wide.

Speaking at the launch of the 5G network in Harare, Econet’s chief operating officer, Kezito Makuni said the coming of 5G technologies will open up many possibilities in the digital development of the country.

“This is a key digital infrastructure that will further Zimbabwe’s position and promote more digital innovation to keep us competitive as a world digital hub,” said Makuni.

Econet was the first to take up available spectrum for trials after the regulator, the Postal and Telecommunications Regulatory Authority of Zimbabwe (POTRAZ) opened the frequency bands up for bidding as part of its National 5G Roadmap drafted in 2018.

Potraz said it will offer more spectrum to telecoms operators for 5G installations in the next 24 months, to speed up the transition. Potraz director-general Dr Gift Machengete was the guest of honour at the launch event and commended Econet for bringing 5G to the Zimbabwean market at a time when the demand for data and telecom services remained very high.

“Potraz is adding spectrum 3.4 to 3.6 Giga heads bands to clear it of legacy systems currently occupying some portions and making it available for 5G deployment,” said Machengete.

Machengete described Zimbabwe’s network failures as ‘momentous occasions’ where consumers overwhelmed the 4G network and that this could be a thing of the past once 5G is fully embraced.

He urged the Zimbabwe Reserve Bank (RBZ) to make the nation’s telecoms sector a priority for the allocation of foreign currency for operators to fund the purchase of 5G infrastructure equipment.

“Currently, the Central Bank is failing to meet demand for foreign currency from the auction system which has led to payment delays of up to 10 weeks,” reported All Africa.