“Education for all” essential for SDN/NFV success, claim CTOs 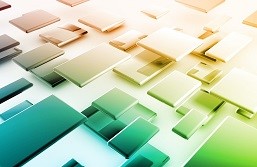 Operators need to educate staff about SDN and NFV right down to the network engineer level, if they are to take advantage of the technology, a roundtable of CTOs has said.

Reporting the findings of the roundtable at Huawei’s Global Mobile Broadband Forum, in Shanghai, Alex Sinclair CTO of GSMA said a group of operators and vendors, including Tele2, Huawei and Qualcomm, warned that NFV “is an architecture and approach, not a solution”. He said the technology requires a “deep organisational change”.

Sinclair explained: “There is a lot of education required. You have got to have top level support from the CEO and COO but you need to educate right down into the network engineer space.”

In order to take advantage of the technology, CTOs said that operators need to redesign applications for the cloud, rather than porting existing apps onto virtual hardware.

They also warned how the financial benefits of virtualised software could be overstated. Sinclair said the roundtable felt that only operators with scale are likely to reap financial benefits. He admitted: “It may be difficult to achieve these in the smaller markets.”

Elsewhere during the roundtable, CTOs discussed the usage of unlicensed spectrum, dubbed LTE-U. They said they did not view such spectrum as a replacement for owning their own spectrum, rather it will serve as a complement.

“[There is] broad agreement [that] this is not competition with Wi-Fi, [it is] simply making good use of spectrum,” Sinclair explained.

He said the name could be seen as emotive, with the CTOs offering potential alternatives. For example, Huawei suggested replacing it with licence assisted access, which would involve using licensed bands as the main “radio layer”, unlicensed to boost capacity.

Turning to VoLTE, the CTOs also said that many operators were waiting on full coverage before rolling out the technology. In the meantime, many were flocking to alternatives in order to achieve high quality of service.

Sinclair said: “We all know VoLTE has excellent quality but you can get close to that if you use HD voice on a 3G network.”

However, he warned the industry faces issues in rolling out the technology. Bandwidth consumption is particularly problematic once you hit the cell edge, for example. CTOs warned there was plenty of work to do on future code evolution to solve these problems.

Operators start to look at SDN to solve backhaul issues

European telcos continue to look at the future in Asia