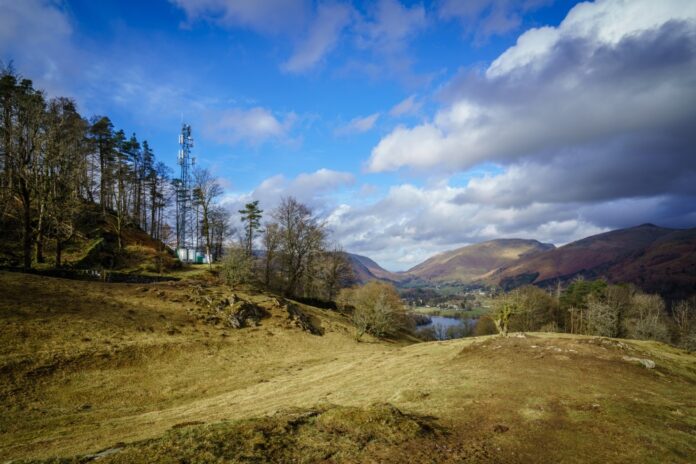 The deployments are part of the UK’s Shared Rural Network (SRN) programme which receives some government funding.

EE’s expanded coverage will include the Great Britain’s 15 national parks, where the demand for bandwidth surges in the summer due to the high number of visitors.

The operator says its coverage in National Parks (including the Lake District – the picture shows the the EE mast above Grasmere) has increased more than 200km² – the equivalent of more than 40,000 football pitches.

This is the year

The operator states it has upgraded 110 areas already since the Shared Rural Network (SRN) deal was signed in March 2020, with a further 469 to follow this year.

SRN is a programme agreed by the UK’s four mobile network operators and Government to extend 4G coverage to 95% of the UK’s land mass by the middle of this decade.

The upgrades just announced by EE are funded by its parent company, BT, under the first phase of the SRN which addresses so-called partial not-spots, meaning areas where there is mobile coverage from at least one, but not all the UK’s network operators.

The second phase of the SRN will receive £500 million (€579.37 million) in government funding to eliminate total not-spots – areas that are hard to reach and lack any 4G coverage.

Matt Warman, Minister for Digital Infrastructure, said: “I’m delighted to see the great strides EE is making to boost 4G services in countryside communities as part of the Shared Rural Network agreement, which was brokered and is part funded by the government.

“We’re investing half a billion pounds in this landmark deal to extend mobile coverage to 95 per cent of the UK and it will help us build back better from the pandemic.”

Philip Jansen, Chief Executive of BT Group, said: “The investment BT has made in rural areas to date means we already have the infrastructure in place needed to extend our 4G coverage footprint further, minimising the number of new sites we need to build.

“There are many places where EE is the only provider with 4G coverage today, offering the other operators an opportunity to share our existing sites to plug gaps in their networks and improve mobile performance for everyone.”

The UK’s three other mobile network operators announced plans to fulfull their SRN obligations in January. 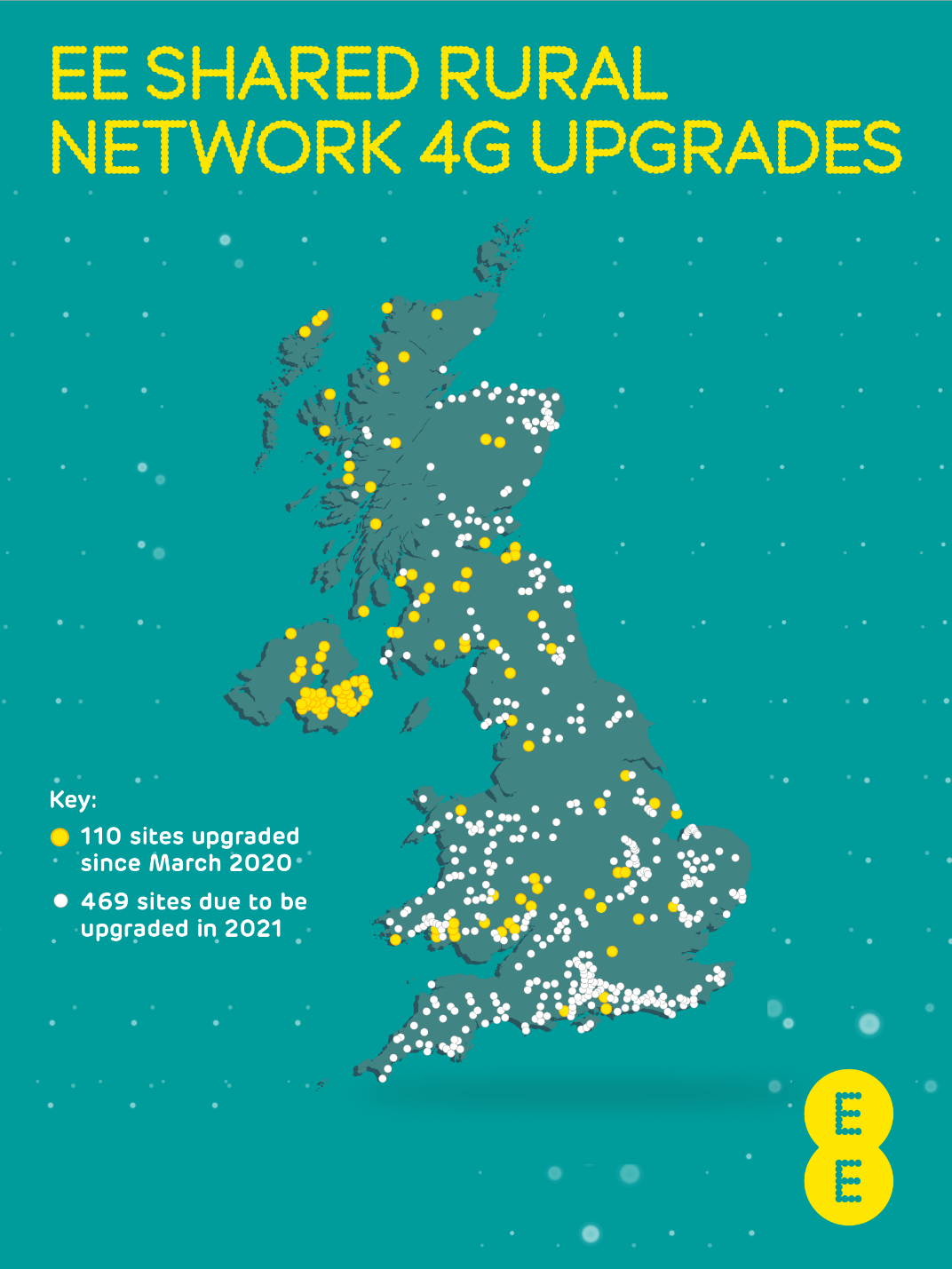