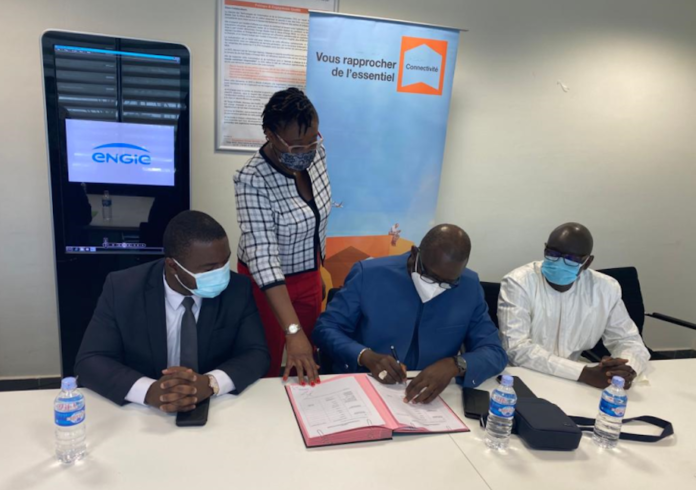 Orange has contracted Engie to convert all 18 of the Middle Eastern and African subsidiaries within its GOS Group to solar power. In some cases it could provide 60 per cent of a data centre’s during daytime hours.

The Groupement Orange Services (GOS) pools all the resources of Orange’s Middle East and Africa (OMEA) subsidiaries so they can share hosting and infrastructure, operational expertise, services and IT.

Now GOS group members are to benefit from an installed capacity of 355 kWp, which will be collectively generated by new solar panels on their rooftops and solar carports.

The mission is to cut the telco group’s environmental footprint, minimise the reliance on commercial electricity from non-renewable sources and avoid using generators that burn diesel and other fossil fuels. Commissioning is scheduled for the second half of 2022. Engie is to provide a managed service.

This plant will comprise 784 of the latest photovoltaic cells which should provide the data centre with around 527 MWh/year of renewable energy.

The plant is designed to work for seven days a week in self-consumption mode, with the data centre being directly powered by the sun. Solar power should provide around 60 per cent of the data centre’s electricity between the hours of 7 am to 6 pm.

The GOS solar scheme dovetails with the plan adopted by the Government of the Republic of Côte d’Ivoire, which aims to make the country an energy hub for its sub-region of Africa. Its target is to provide 42 per cent of its energy to the hub from renewable sources.

“This project is a first in West Africa for Orange in terms of its size and scope,” said Alioune Ndiaye, the CEO of Orange Middle East and Africa, “it perfectly illustrates our ambition to speed up our solar projects in order to achieve net zero carbon by 2040.”

“Engie Africa is active in electricity production, energy services and decentralised solutions for off-grid customers across the continent and we are proud to support the GOS in its energy transition,” said Armand Seya, CEO of Engie Services West Africa.