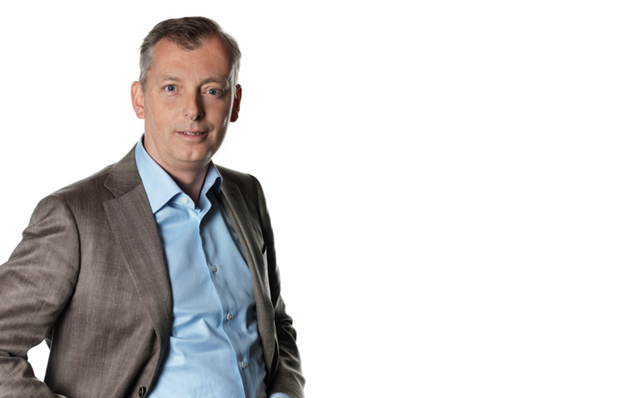 5G may be the dominant theme of Mobile World Congress, but Ericsson’s CTO has criticised the pace of European operators working towards the next generation.

Ulf Ewaldsson said he was “pessimistic” about Europe’s ability to set the 5G agenda. He told a press briefing this morning: “Sixty percent of our R&D is in Europe but I would hope to see much more of an aggressive drive towards 5G among European operators. None of these early 5G launches are in Europe.”

Instead, it is Asia and the United States setting the agenda, with the first 5G networks set to be launched during the various sporting events of 2018.

Ewaldsson clearly has a vested interest – more pilots and large scale trials means more spending and ideally for him, more spending with Ericsson – but he said the comparatively laggardly approach gives the wrong signal about Europe’s technology strategy.

He said: “It’s very important to be first. It sends a very strong message. What kind of message does it send if Europe was taking a stand with this technology?”

Does he have a point? European operators have of course been holding demonstrations of 5G technologies and facilities such as the 5G research centre in the University of Surrey, England, exist. What the continent is lacking in is a project akin to AT&T’s plans (coincidentally with Ericsson) to bring 5G to Austin, Texas by the end of this year.

When Ewaldsson’s comments were put to senior European telco executives, they were broadly dismissive. Bruno Jacobfeuerborn, Deutsche Telekom CTO and Chairman of the NGMN Alliance, the global telco body working to develop 5G standards, said he was relaxed about its 5G plans.

He said: “It’s the opinion of one single person. Of course, when you look into our community of 28 operators, the important thing is we get something done that we can then get worldwide. In Asia there are some events that will have it early. But for me, it doesn’t matter. It’s important our customers have the use cases that are necessary.

“A community should be able to build the toolbox and then each market then thinks about the right time to invest. I’m more relaxed.”

Sandro Dionisi, Director of Global Advisory Services, TIM, said Europe still had plenty of give within 4G. He said: “I feel we still have to exploit the benefits of LTE-Advanced. We want to do things in the right way and not end up with two different solutions. Although I do understand some vendors would like to change the technology more frequently.”

He said: “When it comes to rollout, I have a similar opinion that it’s a matter for the regional businesses. What’s important is we have one standard to have a full ecosystem.

“The one thing that is important is not being early, it’s being ready to deploy and understand the operational changes that will come with the technology.”

Ericsson’s Ewaldsson also used his presentation to suggest the race to be first could ultimately slow down the implementation of 5G. He stressed it was vital to ensure one standard is developed, agreed upon and fully implemented.

He said: “This is the first time a lot of commercial launches have happened before it officially begins. Can we handle that? Hopefully. Is there a risk of breaking out [across different standards]? If it does, it will not serve as a global standard. What it means for the industry is yet more research and development and this will slow down the scale of the rollout.”

Speaking to Mobile Europe, Deutsche Telekom’s Jacobfeuerborn said fragmentation was a risk and one he hoped would not happen, given the work NGMN and others are doing in developing 5G.

Overall, Ewaldsson said the development of 5G was “so far, so good”. The Swedish vendor has been one of the most active 5G companies, even if its activities have had to extend beyond Europe.

The CTO turned to another crucial event in February to describe the relationship between vendors and operators. Ewaldsson said: “It’s a little bit like Valentine’s Day, where everyone sends each other love cards…we don’t know what responses we’ll get.”

What is clear is that Europe is happy to play hard to get on 5G for now.