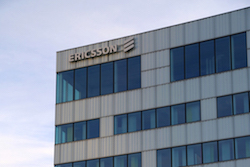 Ericsson is to enable tri-band carrier aggregation for Singtel and said a trial of TDD-LTE at 3.5GHz for China Mobile had been completed successfully.

Trials will start in Singapore in the second quarter of this year, with Samsung providing devices for Singtel’s tests. Commercial devices are expected to be launched later this year, offering downlink peak speeds of up to 450MBps.

Ericsson will spend the next two years rolling out tri-band LTE-A across the whole of Singapore.

Yuen Kuan Moon, Singtel’s CEO of Consumer Singapore, said: “With smartphone penetration rates of over 85 percent in Singapore, data download speed is very important to our customers. This is why we continue to invest in improving our technology to ensure we deliver the fastest and most consistent experience to our customers.

“When we were the first to introduce speeds of 300 Mbps last year, it was very well received by our customers. This has given us the confidence to further improve and invest in this technology.”

The 3.5GHz band has been seen as potentially a future harmonised band for TDD-LTE. Japan assigned the band in late 2014 and is expected to have a commercial network launch on that frequency next year.