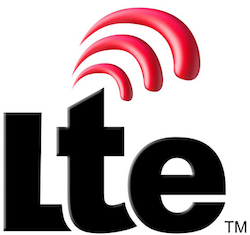 Ericsson has launched a new broadcast video system for mobile operators that enables them to offer LTE networks for “TV Anywhere” capabilities.

According to Ericsson, consumer demand for media content access on all of devices to be able to carry TV and video traffic is set to rise from 40 percent to 90 percent of total mobile traffic within the next three to four years. It said that operators were now under increasing pressure to ensure that customers can access such TV Anywhere content and services whilst managing network costs and efficiency.

With the growing demand for video-over-LTE, Ericsson’s launch of what it calls an “exclusive end-to-end” LTE broadcast solution offers support for unbuffered, high-quality video content events with so-called “guaranteed delivery.”

The new broadcast LTE offering also enables network operators and media content partners to provide premium services with that can bring in new sources of revenue.

“Verizon plans to introduce Ericsson LTE Broadcast to give sports fans a whole new experience while watching a game,”  commented Parissa Pandkhou, director of advanced solutions at US network operator Verizon. “We see new opportunities in this technology for sports, concerts and even distance learning and college classes.”

Meanwhile, Australian telco Telstra confirmed that it too is to partner with Ericsson on their own live network trial of the LTE broadcast technology during the second half of 2013. “The trial will show how we can improve the delivery of video to customers who want to enjoy the video content on the move,” said Telstra’s executive director for networks and access technology, Mike Wright.

“The key for this solution is the greater network efficiency it will provide, ensuring we will be able to meet a critical business imperative of giving our technology savvy customers the services they want. Working closely with a world leading technology company like Ericsson means we can really make a difference.”

The second technology to be introduced with their new LTE broadcast offering is called MPEG DASH (Dynamic Adaptive Streaming over HTTP ) which standardizes the delivery of video to consumer devices, which, Ericsson stated would not only ensure a QoS and greater efficiency for operators, but also  would create new opportunities for monetization.

The third of the new technologies to be included in the LTE broadcast offering is eMBMS (Evolved Multimedia Broadcast Multicast Service), which is a 3GPP standard that enables mobile networks to offer broadcast/multicast services dynamically, to offload issues of popular content in what Ericsson describes as “dense consumption scenarios”, reducing service cost of delivery over the radio network and backhaul.

Ericsson said 67 percent of consumers now use mobile devices to watch television, according to its in-house research. Over 50 percent of TV viewing on smartphone is now outside of the home on mobile networks.