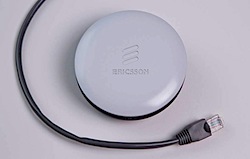 Ericsson has partnered with engineering giant Skanska to explore ways of improving coverage indoors, as the vendor revealed new TD-LTE tests for its Radio Dot and an LTE trial on the 3.5GHz frequency.

The Swedish company said it was looking to overcome reception issues due to energy efficient housing, which can interfere with signals.

Its tests with Skanska, which have involved the use of its Radio Dot System, have improved mobile data throughput by up to five times, reduced the drop call rate to zero and lowered the installation times.

Arun Bansal, Senior Vice President and Head of Business Unit Radio, Ericsson, said: “Ericsson shares Skanska’s commitment to sustainability so we are excited to work with them to jointly deploy the Ericsson Radio Dot System for both 3G and LTE, evaluate opportunities for scaling, and explore different use cases from consumer mobile voice and data to new IoT applications.”

At this week’s Mobile World Congress, Ericsson will team up with China Mobile to demonstrate how its Radio Dot system can use TD-LTE, which it said would increase network performance indoors.

Finally, the vendor announced it has trialled TDD-LTE on the 3.5GHz band with Australian operator NBN.