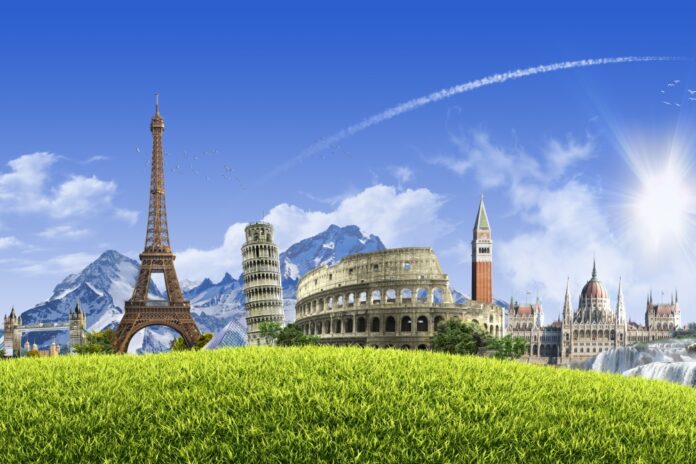 They see Open RAN “as the technology of choice for future mobile networks to the benefit of consumer and enterprise customers across Europe”.

The Memorandum of Understanding (MoU) between Deutsche Telekom, Orange, Telefonica and Vodafone is an individual commitment to progress and deploy Open RAN by each of the four.

It is also a pledge to work together with existing and new ecosystem partners to ensure Open RAN reaches competitive parity with traditional RAN solutions as soon as possible.

As the four explain in their MoU announcement, “The introduction of Open RAN, virtualisation and automation will enable a fundamental change in the way operators manage networks and deliver services.

The ecosystem partners in question include include industry bodies like the O-RAN Alliance and the Telecom Infra Project (TIP). The companies also cite the importance of European policy makers, including the European Commission and the national governments.

Indeed the MoU seems primarily to be about making progress in Europe, although between them, the four have more than 1.4 billion customers, in markets from Brazil to India, Africa and the Middle East as well as Europe.

Emmanuel Lugagne Delpon, Senior VP Orange Labs Networks, said in an interview, “There is very strong momentum [behind Open RAN] in America and Asia and we do not wish Europe to be left aside in terms of the industy and ecosystem”.

The MoU says governments and the EU have an important role to play in fostering and developing the Open RAN ecosystem by funding early deployments, R&D, opening test lab facilities and incentivising supply chain diversity by lowering barriers to entry for small suppliers and startups who can use the labs to validate open and interoperable solutions.

It is also a clear signal of joint intent to the big equipment makers that have dominated the RAN for so long with their monolithic, tightly integrated RAN solutions – Ericsson, Huawei and Nokia, although Orange, for instance, has stated its support for the Ericsson and Nokia elsewhere.

A report that Orange had gone even further than the MoU – issuing what amounted to an ultimatum that it won’t be buying equipment that is not compliant with the standards set by the O-RAN Alliance for use in Europe from 2025 – is incorrect according to an Orange spokesperson.

Open RAN is not yet suitable for deployment in densely populated urban areas – its roots are in bringing connectivity more cheaply and inefficiently to rural areas, in the Telcom Infra Project (TIP). Still, four years are a long time in telecoms, and evidently the four think the MoU will concentrate vendors’ minds and efforts.

While Orange is yet to issue deployment targets, Vodafone is in the process of building out 2,600 Open RAN sites in the UK after successful trials elsewhere and Telefónica Deutschland is to roll out 1,000 of them in Germany, starting this year. Deutsche Telekom so far has only said, in December, that it will build “an O-RAN town” in Neubrandenburg this year.

Asked if another message sent out by the MoU was that Open RAN is the province of Tier 1 operators as it’s unproven and therefore potentially too risky and expensive for smaller players, Lugagne Delpon replied, “Definitely not. It should encourage more members to join…the disaggregation revolution is built on many functional blocks and co-creation is about how to integrate them…which will be an issue to work on.”