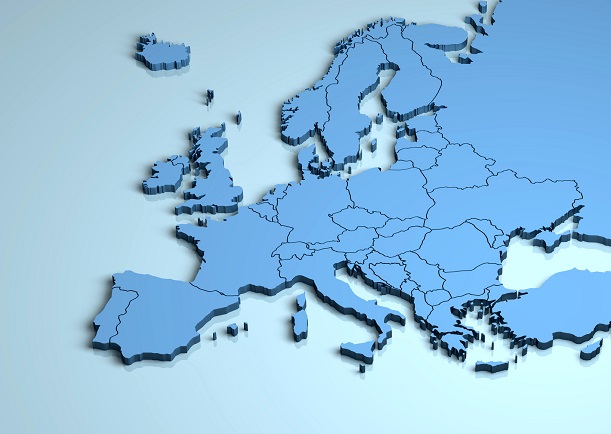 The new Market Panorama and Forecasts from IDATE were released at FTTH Conference in Amsterdam.

Governments and local authorities are more involved in fibre projects, either directly, through agreements with telcos, or public funding. Incumbents in some countries are changing their emphasis from prolonging the life of copper-based and cable networks, and instead rolling out FTTH.

Russia has the most subscribers in the European region, but a slower growth rate compared to other  countries which are catching up with an overall 21% growth rate.

Spain gets a spurt on

The country that added the most full-fibre subscribers during the study period was Spain with 1,858,743, then France with 1,480,220 new subscriptions, while Russia added 1,256,000 FTTH/B customers.

Countries including Andorra, Belarus, Belgium, Latvia, Netherlands and Romania experienced a take-up rate of more than 50%

For the third year running, Latvia tops the table of the highest percentage of FTTH/B connections at 50.3%. The UK has made it into the league table of European countries with a penetration rate of more than 1% (excluding Iceland) for the first time, taking the bottom (thirty-third) position with 1.3%, which the research largely puts down to regulatory action by Ofcom to encourage competition. 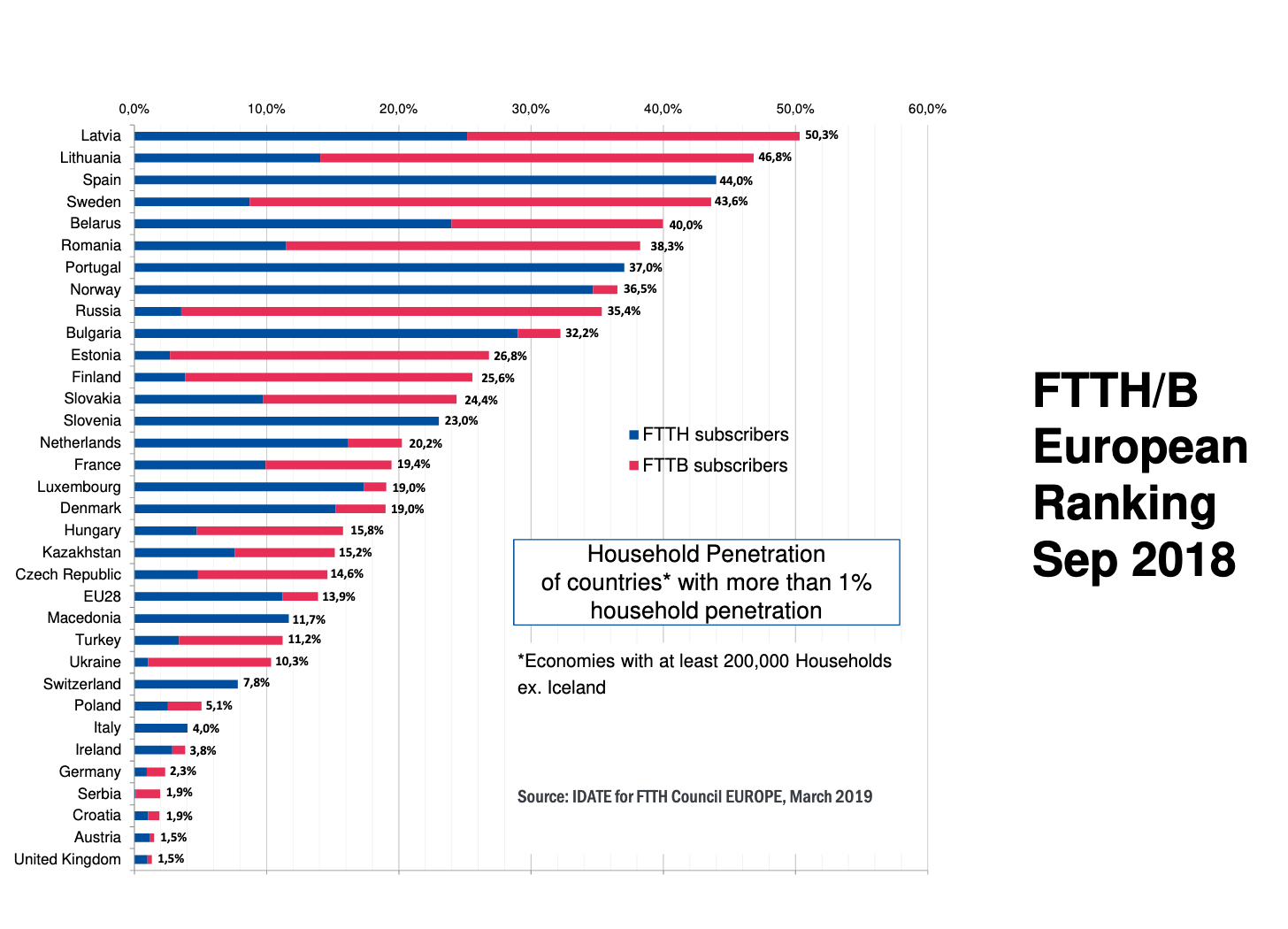 The Global and European FTTH Ranking and the market forecasts for 2020 and 2025 are free to download.