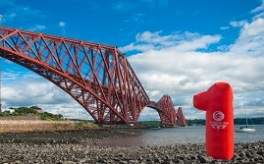 This summer has seen a flurry of LTE broadcast activity, with operators and vendors holding trials at German boat races and Dutch football matches. EE is the latest operator to try it out, holding a live demo at the Commonwealth Games in Glasgow, Scotland.

The UK operator has been broadcasting three events simultaneously onto Samsung handsets, with Qualcomm processors, using equipment built by its vendor partner Huawei. A new BBC iPlayer app was developed exclusively for the demonstration and comes off the back of two years of work with the British broadcaster.

LTE broadcast technology, or evolved Multimedia Broadcast/Multicast Service, flips the conventional model of sending content on its head, moving from a 'one to one' model to a 'one to many', once a certain number of users are consuming content from the same cell. This means it can account for spikes in demand among users.

EE sees this technology as a central plank of it coping with booming video consumption in specific circumstances. Matt Stagg, Video Strategist at EE, tells Mobile Europe: "The rise in demand for watching sport on mobile devices is huge. We are almost using this as a capacity management tool. We have to have it in place because of sports and live events. There's no way we can just put capacity in to reach those places."

EE, like others, is eyeing stadiums as the best place for LTE broadcast technology, at least in the short term. But Stagg argues that it is not only sports fans who benefit from the technology. If a huge number of people are consuming video content within the area of a cell, everyone's experience will suffer.

Which begs the question as to why eMBMS is being rolled out to every macro cell and running constantly. Stagg says while it is an efficient technology, it is only so in certain circumstances. He says: "It's spectrally inefficient to broadcast something to a cell if no-one is watching. This was the reason why some of the old mobile television products didn't work. If no-one is watching something then you are using bandwidth for no reason."

In 2015, EE is looking to a stadium trial where 4K content is being streamed. This is likely to be at Wembley for the Carling Cup football final. EE has a commercial relationship with the stadium and it is likely the operator will test 4K content among VIP or corporate attendees. Following that, a commercial launch in stadiums will follow by the end of the year, in addition to a live trial.

In the meantime, Stagg says EE is looking at other use cases. He says: "We are looking at usage for the emergency services and for the announcement of weather or traffic warnings. These don't necessarily make a business case but it's quite compelling if you have the underlying system in place."

The technology will also be brought back to EE's research and development centre for further tests. Stagg says: "We are going to be looking at dynamic switching, what happens when you handover from broadcast to unicast. We want to do a lot on addressing lag issues. For consumers, it's not that bad - even digital terrestrial television has it. But when you are at a stadium, wanting to looking at different camera angles of a match, it needs to be bang on."

However, while the operator has made a lot of noise about it being a first mover in the 4G LTE market, it is unlikely it will do the same with an LTE broadcast service. Stagg says the key thing about the technology is that it works best when every operator is involved. He says: "For example, Sky won't want to do something specifically for EE customers with a certain handset. You need the whole industry there."