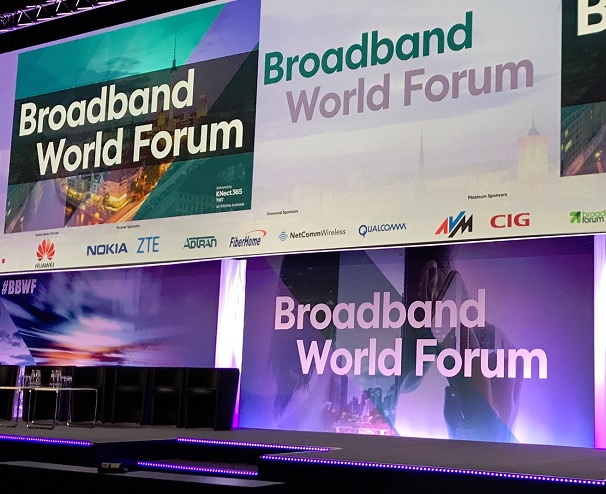 Deutsche Telekom and Telefónica used this week's Broadband World Forum to take aim at vendors, internet companies and even themselves for failing to change their innovation models.

This year's industry event in Berlin saw widespread acceptance from the industry that the old vendor-led models of innovation would not be sufficient to navigate through the upcoming storm of escalating data demands and the threat from OTT providers.

Perhaps familiar complaints to more seasoned industry watchers but there were some differences of opinion on who needed to up their game.

For Deutsche Telekom’s Franz Seiser, VP of Core Network and Services, the onus is on operators to take more of a lead.

“We know all the traffic growth is ahead of us, even to a large extent the video [growth], and the current approach will not allow us to profitably deal with that,” Seiser tells Mobile Europe following his talk at the event.

“It doesn’t work if you continue vendor-dominated innovation. They control innovation and they do it in incredibly small steps.”

Seiser cites virtualisation as one area where operators had managed to force the argument. “Vendors would never have kicked that off. We need more of that and we need to step out of this old model.”

He says the traditional model had worked well for two or three decades, but did not make sense in a world where internet companies were driving change.

The Deutsche Telekom exec does not blame vendors for wanting to protect their business, but believes it is time or operators to take charge and welcome internet players into the party.

“We need to have a joint debate [on] what to do...If you talk to other players they may have a very different story. They may tell you using what we have is good enough, we don’t need to change.

“It’s operators making sure vendors don’t have their own agendas,” he says.

Seiser, who has previously criticised the industry for being too timid on 5G, accepts that there are only a few players who have Deutsche Telekom’s scale and clout to influence the industry.

Without naming names, he says some Chinese and US operators are making similar noises, as well as some other European players – but “not 100 percent”.

As a sign that the operator’s demands are not just hot air, Seiser draws attention to the operator’s participation in the Telecom Infra Project, a collaboration to redesign the way network infrastructures are designed and deployed led by Facebook.

Telefónica’s representative in TIP is more even-handed in his criticism as he takes on the same challenge as Seiser, that of exploding data demand and the need for new services.

In his talk at the show, Farid Singh, co-chair of TIP’s edge computing arm and Telefónica’s official representative in TIP, explains how operators need to make their network “smarter” rather than bigger, moving into the business of offering what he called "service-aware connectivity".

This means that services such as Amazon or Microsoft’s public cloud will be aware of their customers' connectivity requirements and call up what they need when they need it.

“The service will be what you sell and the connectivity will be irrelevant.”

An example might be offering enterprises, alongside standard broadband connectivity, a back-up service which draws on ultrafast fibre during peak periods.

But to make this work, both operators and internet companies need to change their behaviour and accept that they will have to give up a piece of a smaller pie in order to share a bigger one in the future, Singh says.

“We don’t have to reinvent the wheel. We can’t compete with the expertise of AWS, Microsoft and we shouldn’t,” Singh tells Mobile Europe.

“We should collaborate with them and say can you squeeze your cloud to my edge.”

But standing in the way of this, ironically, is a communication problem.

“You have this problem on both ends,” Singh says. “Operators are saying the concept of sending something through my network without paying is not going to work. To which the Facebooks and Googles say you had your chance, you can’t be somebody who doesn’t add any value and expect to reap something from it.”

The solution on the operator side is to step forward with business models that actually will work, says Singh.

“Together we haven’t said we’re ready to work on this model and that’s a problem. Because you’re now playing games with the industry where nobody is stepping up.”

The model he cites is a profit-sharing model, where nobody invests more than a certain amount and nobody pays anyone until some revenue comes in. The product would enhance the capabilities of the cloud offering through connectivity and vice versa.

But to Singh, the responsibility does not lie solely with the operators.

“We’re also seeing a lot of guardedness from the likes of Amazon and the internet industry. They don’t want to give up their USP, which is their expertise, for free and I completely understand. But at a certain point we have to sit down at the table, otherwise someone will eat us up for lunch.

“I have to be quite vocal and say the ball is also in the court of the application and services side because they are not stepping up to solve problems.

“If you don’t sit together you won’t solve it.”