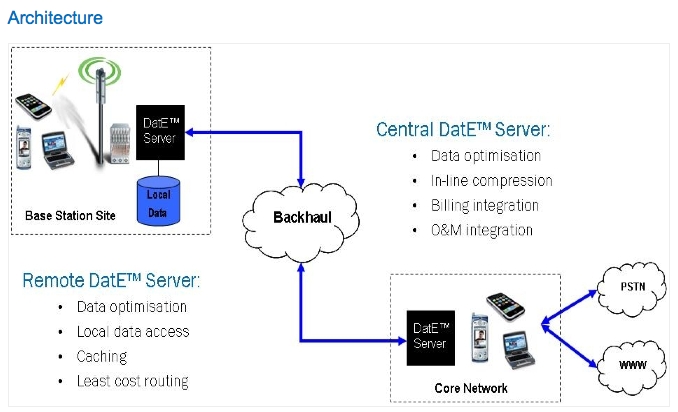 Altobridge, a company that specialises in providing wireless connectivity in remote areas, has won £12 million in series C funding from Intel Capital and IFC. ?As well as investing in products to meet the connectivity needs of remote communities, enterprises and schools in emerging markets, Altobridge said that the funding will allow it to commercialise its mobile backhaul optimisation solution called Data-at-the-Edge.

Data-at-the-Edge incorporates smart routing and traffic management at the cell site, rather than at an MSC. It has been developed from Altobridge's voice optimisation solution which can, for example, identify a call between two parties on the same cell site so avoiding the call being backhauled into the core network.

In remote environments reducing the amount of traffic that is backhauled is a top priority. Now Altobridge thinks that it could also be used for data backhaul optimisation in urban environments – identifying local data traffic, as well as adding elements such as caching and least cost routing intelligence. The company said the product could reduce a sites backhaul needs by 50%.

Peter Tuomey, Altobridge spokesperson, said that use of the technology could lead to a significant reduction in data bandwidth requirements on mobile networks. But he could not describe in detail how the technology works, saying, “The specifics of the technology are patented and proprietary, and in that sense are unique. Nobody else has the capability to do it in the same way.”

Tuomey said there is no hardware element required at the base station. Instead, Altobridge is looking to offer its software licenses to OEMs or operators.

“Data congestion in urban area wireless networks and connecting remote communities in rural areas are major challenges for communication service providers,” said Marcos Battisti, Director of Intel Capital Western Europe and Israel. “Altobridge has developed the technology and is marketing products that address these issues in a cost-effective way. Our investment in Altobridge will help accelerate the company’s growth and wider adoption of its technology”.