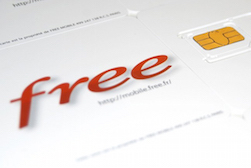 ARCEP has asked Free Mobile to prove it is covering at least three quarters of the country with 3G.

The French regulator has told the operator to provide a coverage map as of 12 January to show precisely where it is connecting customers.

ARCEP said it plans to carry out field tests during the coming weeks to verify the information.

Free was issued with a 3G frequency licence in January 2010; each operator in France awarded a spectrum licence must adhere to coverage obligations issued by ARCEP.

Free Mobile’s obligation must exclude any roaming agreements that it has signed.

The operator scored poorly in ARCEP’s assessment of the French telecoms market last year. It was found to have “substantially poorer results” that its rivals for a large number of categories. It only scored an above average score in two areas.

The operator will hope not to fall foul of ARCEP after it was forced to backtrack on its LTE claims in July last year. Free Mobile and rival SFR had to correct their coverage statistics, after they were both found to have issued “less accurate” figures than their competitors.

Nevertheless, Free is continuing to make an impact in the French market, adding 480,000 new subscribers during the third quarter of last year. It said its sales were boosted by the addition of new roaming destinations and the iPhone 6 launch.

Free Mobile now has a 14 percent share of the French market, with 9.6 million customers.