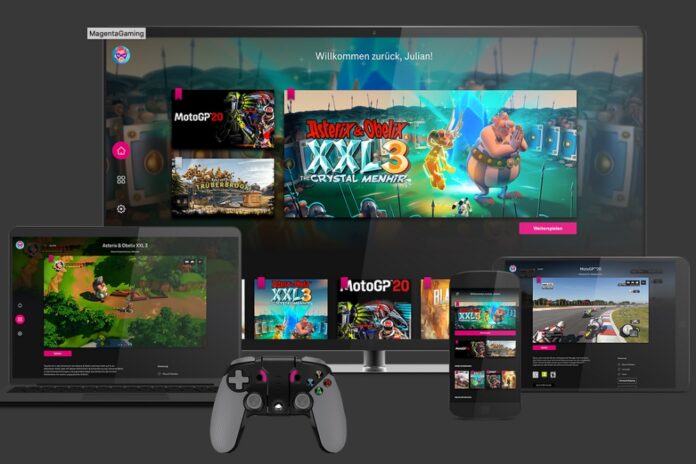 Deutsche Telekom is abandoning its cloud gaming offer which it launched commercially in August 2020, having run the offer in beta mode for a year first.

Thank you for being there! It is with a heavy heart that we have decided to discontinue MagentaGaming from February 26th, 2022. Our thanks go to all loyal players, partners, friendly streamers and viewers who have made our cloud gaming and its community what it is today. We are happy that you were there and always supported us. With the help of your feedback, we have been able to continuously improve and expand MagentaGaming over the past 2.5 years. Numerous features such as online multiplayer, friends list, in-game achievements and exclusive leaderboards went live – and we were able to offer many popular games. However, as Deutsche Telekom, we continue to believe in the growth of cloud gaming services and are still working to provide our customers with the best possible gaming experience on our network. It was fun with you, see you soon! Your Magenta Gaming Team

It is probably no coincidence that Deutsche Telekom’s announcement that it intends to stick to its knitting – providing the network not content – appeared 10 days after Microsoft announced its intention to acquire Activision Blizzard, one of the largest video game publishers, for $69 billion.

If the deal goes through, it will be Microsoft’s biggest acqusition. It will also make Microsoft the third largest gaming company on the planet measured by revenue.

US operators – especially AT&T – and the UK’s BT and Italy’s TIM, among others, have also come to the same conclusion about the role of operators, in some cases learning very expensive lessons.