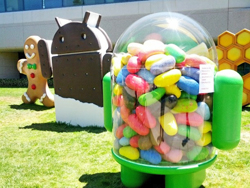 Google has launched a tablet development kit for Project Tango, the digital company’s attempt to use mobile devices to provide 3D maps of interior space.

The seven-inch tablet will be the same size as Google’s Nexus 7 devices, although it will be much more powerful. The tablets, which will go on sale to developers later this year priced more than €750, will feature a NVIDIA Tegra K1 processor with 4GB of RAM, 128GB of storage, a motion tracking camera, depth sensors, Wi-Fi, Bluetooth Low Energy and 4G LTE.

Google said: “These development kits are designed for professional developers interested in exploring the future of mobile 3D sensing. Developers will receive updates as the software algorithms and APIs evolve.”

The company has already sent out smartphones to developers who are working on the project. It said the sensors in both devices make more than a quarter of a million 3D measurements per second.

Google is currently agnostic about the real-life uses of the technology, suggesting it could be used by consumers to map the dimensions of their home before they go furniture shopping or providing detailed, indoor maps.

Google’s Johnny Lee commented: “The awareness of space and motion is fundamental to the way we interact with our environment and each other. We are physical beings that live in a 3D world. Yet, our mobile devices assume that physical world ends at the boundaries of the screen. The goal of Project Tango is to give mobile devices a human-scale understanding of space and motion.”

Among the companies it is working with are Nvidia, the Open Source Robotics Foundation and Bosch.

Google’s Advanced Technology and Projects division, which is running Project Tango, has also set up Project Ara, the company’s attempt to build a modular smartphone.

Google Glass hardware ‘a fraction’ of its pricetag, claims teardown