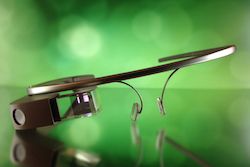 Google will cease production of its Google Glass Explorer Edition as the unit realigns itself under the command of Nest executive Tony Fadell.

The digital company announced that the Google Glass team, led by current manager Ivy Ross, was moving out of Google’s X division to form a new unit lead by Fadell, head of its home automation business.

The move marks an end to Google’s Explorer Program, which allowed software developers to purchase Glass for $1,500 (€1,292).

Prospective buyers have until 19 January to get their hands on the device before Google halts sales.

Google put a characteristically optimistic spin on the news by saying it was “graduating” from its Explorer Programme while also asserting that new versions of the smartglasses would be revealed “when they’re ready”.

It also suggested that investments in its Glass at Work program, which sells the devices into enterprises, would continue.

A statement from the company on its Google+ page read: “Interest in wearables has exploded and today it’s one of the most exciting areas in technology. Glass at Work has been growing and we’re seeing incredible developments with Glass in the workplace.

“As we look to the road ahead, we realise that we’ve outgrown the lab and so we’re officially “graduating” from Google[x] to be our own team here at Google. As part of this transition, we’re closing the Explorer Program so we can focus on what’s coming next.”

Google Glass was launched in the US last year but was ultimately doomed to a figurative state of prototype limbo.

A teardown report from IHS in May 2014 revealed that the hardware and manufacturing costs involved in Google Glass were worth just over a tenth of its price tag.