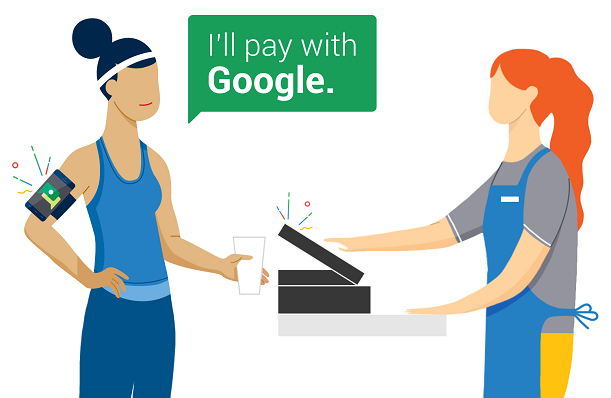 Google is trialling a hands free version of its Android Pay app, allowing consumers to buy things without their smartphone leaving their pocket.

Reports this week suggested the United Kingdom could become the first market outside of the United States to have the service, with rumours it will launch later this month.

Google has started a pilot in the South Bay area of San Francisco with companies such as Papa Johns and McDonalds.

Hands Free uses a mix of Bluetooth, Wi-Fi and location services to allow a consumer to pay through a bespoke app. A cashier will verify the purchase by asking for the buyer’s initials and confirming their identity through the picture they used upon registering.

Pali Bhat, Senior Director, Product Management, Google, added: “At select stores, we’re also in the early stages of experimenting with visual identification so that you can breeze through checkout even faster. This process uses an in-store camera to automatically confirm your identity based on your Hands Free profile picture. All images captured by the Hands Free camera are deleted immediately.”

The secure element-based NFC payments system is available in Spain, Germany, the UK, Italy, the Netherlands and Hungary, across more than 710,000 stores.

Mark Ritzmann, Head of mCommerce, Vodafone Group, said: “Retailers across Europe are investing more and more in contactless payment terminals as customers are eager to free themselves of the hassle of taking anything but their smartphone when they leave the house.

“At the current rate, I estimate that by 2020 (at latest) Europe will have enough contactless terminals available to make it possible to leave your leather wallet at home altogether.