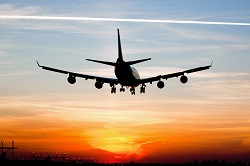 Alcatel-Lucent is the technology partner for the project, which is expected to launch commercially by the end of 2016. Inmarsat said the infrastructure would be the world’s first “truly hybrid aviation network”, by bringing together satellite and ground networks.

The satellite network will be built by Thales Alenia Space, with A-L developing the ground network. The France-based vendor will update its existing 4G technology to support S-band spectrum. It was the first company to field trial LTE-based air to ground technology in 2011.

Inmarsat said airlines would be able to offer their customers speeds of up to 75MBps, which would be faster than those offered by North America’s ATG systems.

Leo Mondale, President of Inmarsat Aviation, commented: “Together with world leading partners, such as Alcatel-Lucent, Inmarsat is setting a new standard for aviation connectivity, enabling airlines to offer their passengers access to online services for work or leisure using their own devices and with reliability and speeds previously only available on the ground.

“These enhanced capabilities across Europe will be offered alongside Inmarsat’s GX aviation services, extending Inmarsat’s broadband service coverage for aviation passengers seamlessly, wherever airlines fly; positioning us as the leader in passenger connectivity.”

A-L Chief Executive Michel Combes added: “Innovation is a core element of our strategy, along with growth enabled by diversification into new, vertical areas where we can apply our technology leadership. The Air-to-Ground technology partnership with Inmarsat brings Alcatel-Lucent’s proven leadership and commitment to innovation to providing ultra-broadband communications services to the aviation market.”

The project builds upon work Inmarsat announced in the summer, when it said it was building a new S-band satellite in partnership with Hellas-Sat and deploying 30MHz of spectrum to support in-flight Wi-Fi services. British Airways was among the airlines that expressed interest in using the service.

Telefónica looks to the skies with new aircraft Wi-Fi deal