Intel seeks solace in Cat 6 to turn around chip business 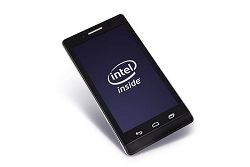 Intel is banking on forthcoming Category 6 LTE chipsets and recent deals with Lenovo, Asus, Dell and Foxconn to turnaround its mobile business, which lost €671.2 million during its most recent quarter.

In a conference call to analysts, CEO Brian Krzanich was bullish amid continuing difficulties in its Mobile and Communications Group. That part of the business includes its platforms for tablets and processors, as well as Wi-Fi, Bluetooth and power management chips, but it made a loss of €2.27 billion last year.

Chief Financial Officer Stacy Smith suggested the transition away from 2G and 3G technology was harming that business but she said that decline was bottoming out. She said its new Category 6 LTE chip, the 7260, ships this quarter would help spark a turnaround in sales and profits. She added: “Samsung, Asus, Lenovo, and Dell are all committed to the platform on a combination of phone and tablets, along with module vendors like Huawei and Sierra Wireless.”

Krzanich said he was confident this part of the business was profitable and would not be operating it at a loss for strategic reasons. He said: “We don’t go into these businesses thinking that we’re going to lose money. We believe we have a roadmap to get to profitability in that business.”

He added: “Again, we’re closing the gap with our competition. We’re bringing out leading edge Cat 6 capability with carrier aggregation. That’s a critical milestone. That closes the gap and puts us firmly in the LTE capability.”

He said a second product integral to its turnaround would be its SoFIA integrated system on chip product. SoFIA, which puts all of the necessary parts for a system onto a single integrated circuit, will ship with 3G integration this year with LTE to follow in 2015. He added: “Remember those products weren’t even on our roadmap six or seven months ago. So, that shows that we’re acting quickly integrating and bringing those products to production.”

Intel’s CEO said further products in its pipeline would look at capitalising on developments in the LTE market. He said: “We’re fairly confident that we can continue to grow this business and turn it profitable over that time.” The vendor is also confident that the deals announced in February with Lenovo, Asus, Dell and Foxconn to build tablets and smartphones touting its Atom processors would also bolster the business.