NSN next to debate 5G puzzle, with small cells key to unlock it 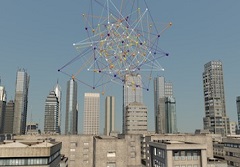 Small cells will be central to the implementation of 5G technology, according to NSN, as the industry gears up for the next talking shop about the future of wireless technology.

Vendors and operators will travel to Brooklyn next week for the inaugural Brooklyn 5G Summit from 23-25 April, an event which aims to become an annual symposium debating the trends and common standards required for its rollout. This year’s event will focus on antennas, propagation and channel modelling. Lauri Oksanen, Vice President, Research and Technology at NSN, says planning for 5G is going hand in hand with refining existing technology. He tells Mobile Europe: “This kind of research for improving wireless technology is ongoing all the time because of the needs for better connectivity and new services. Some research is about improving LTE and some is looking at more radical steps that should be taken to improve wireless communication.

“There’s no clear understanding about the killer use case [for 5G] but there will be a need for more capacity for the forseeable future as well as a need for better performance, improved latency and bit rates.”

He says he feels that 5G will be complementary to existing 4G networks, with the former helping to fill in capacity and coverage gaps. “We think LTE will have a very long life ahead but 5G will focus on a hotspot system or local access system that will serve very high traffic and high capacity,” he says. Central to this are small cells, which Oksanen argues will be central to building these hotspot systems. “The industry needs to develop small cell products to be able to manage these networks. Interference management will play a very important role. It’s critical in LTE but this new system will be built from the ground up with a focus on how to manage interference in a very dense deployment.”

He says a number of issues have come to the fore since LTE started to be examined in earnest 10 years ago. The first is millimetre wave. Oksanen says while operators will benefit from spectrum auctions during the next 10 years, new supplies will be essential to meet demand. He says millimetre wave, between 60 and 90GHz, can meet this but he warns there are hardware issues that need to be resolved. Conventional LTE radio is “not best suited” for these frequencies and nanosites may well be the best way of using the spectrum. However, problems exist because they can only transmit short distances, meaning sophisticated antenna technology needs to be developed.

While the services have begun to be rolled out on LTE networks, he says M2M is also a central plank for 5G use, given that sector’s requirements for high reliability. “Low latency is [also] critical,” he adds. “It needs to be much faster that LTE; something like on millisecond or below.”

NSN is by no means the first vendor to hold a public event to debate its implications. Earlier this year, Huawei stressed the importance of collaboration between vendors and operators to help reinvent how a modern network does its business. The organisers of this event agree that collaboration is key. Ted Rappaport, Conference Organiser and Founder and Director of the NYU Wireless research centre, says: “Demand for data transmission is skyrocketing, and while the millimetre wave spectrum and new technologies hold the promise of increasing consumer peak data rates by up to a thousand-fold over today’s cellphones, it is vital that corporate leaders and governments step up their timetable to commit to opening up the spectrum above 20GHz while launching standards activities for bringing about innovation that will spawn tremendous advances in consumer products.”

Some have suggested that 5G could lead to Europe reasserting its authority over the telecoms market, after it losing ground to the United States and South Korea with 4G LTE. Does NSN think this is likely? Oksanen says: “The European Commission and Neelie Kroes have been speaking very vigourously about the European need to lead in this technology. The commission will not obviously deploy the network but they can be a very influential player.

“On the other hand, South Korea has been talking about its deployment in 2020 and showcasing something before then. It’s still a long way off but ther current 4G lead markets are likely to stay in the lead for 5G. Europe might be among them but it’s difficult to make a clear prediction.” Next week’s event could lead the industry to become one step closer to clarity.