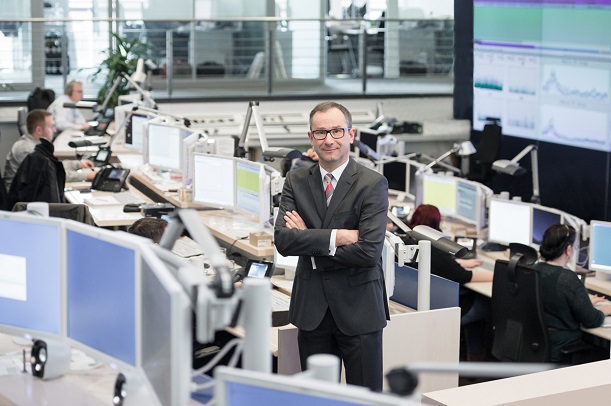 Bruno Jacobfeuerborn has dedicated his CTO of the Year 2016 win to his colleagues at Deutsche Telekom, saying it underlines the importance of the technology leadership from the operator.

Jacobfeuerborn was speaking to Mobile Europe after being unanimously chosen by the judging panel, which was impressed by the breadth of his experience and tireless energy in managing projects across group and regional levels, as well as playing a key role in developing 5G, through his chairmanship of NGMN.

Jacobfeuerborn said: “I am honored to receive Mobile Europe’s coveted CTO of the Year award this year. The recognition is a testament to the hard work of all of my technology colleagues throughout Deutsche Telekom. It underlines our efforts towards being Europe’s leading telecommunications provider through technology leadership.”

He later tweeted: “The Award is a recognition to all @deutschetelekom employees for our efforts to be Europe’s leading TelCo. #ThankYou.”

Claudia Nemat, Board member responsible for Europe & Technology, added: “This award is clear evidence that our Technology colleagues have worked extremely hard throughout Europe, and that others have noticed and appreciated this.”

Jacobfeuerborn also contributed to a roundtable discussion, which was held prior to the award ceremony and comprised of CTOs from across Europe.

Execs from Orange, Proximus, T-Mobile Czech Republic, Turkcell and VimpelCom discussed a range of issues around the telco network of the future.

Regarding the Internet of Things, Jacobfeuerborn said: “I believe we are just at the beginning of the possibilities that IoT can offer, from new innovative use cases such as the smart waste or smart parking solutions based on NB-IoT we have presented a few weeks ago in Barcelona to completely new business approaches and models we are not even thinking of today.

“The operator role is clearly that of an enabler: with the upcoming technologies LTE advanced pro and following on 5G we are working hard to implement the right technological standards that will allow the IoT potential to fully blossom.”

When discussing the role of the network in the competitive landscape beyond traditional telco rivals, Jacobfeuerborn commented: “We believe that our investment in infrastructure will give us a competitive advantages over OTTs for a whole range of new use cases that require millisecond latency for critical real-time decision making. We are building edge clouds very close to where the action is so we can combine differentiated connectivity with cloud offers.”

A full report of the roundtable will be published in the June/July issue of Mobile Europe.