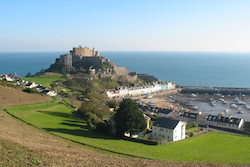 Operator JT Global has launched LTE across six sites in the Channel Islands, with plans to extend the network from Jersey to nearby Guernsey.

The £12 million (€16.1 million) investment has brought connectivity to the St Ouen region, offering average speeds of 8MB per second.

The operator has also improved its 3G network across the Channel Islands, which it said would lead to a “significant improvement” in coverage for customers. It claimed every mobile site would provide 3G speeds of 42Mb, which were previously only available in built-up areas such as St Peter’s Port town centre.

JT Global said Samsung and LG smartphones were not compatible with the LTE network until tests to determine whether there are any operational issues have finished.

“Our new network is expandable and can be regularly upgraded to ensure we can take advantage of any new advancement in mobile technology, such as 5G as and when it becomes available. The new network also ensures excellent connections in buildings, or in areas where the signal is currently not as strong.

“Combining our new 4G network and our superfast fibre‐optic networks together means that people here in Jersey now has access to unrivalled seamless coverage, wherever they are.”

The operator added that plans to bring LTE to neighbouring Guernsey were under way.