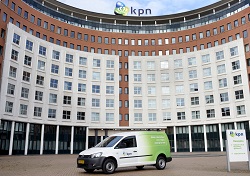 Dutch operator KPN has begun deploying 4G on the 1800MHz band, with plans to activate LTE-Advanced in the weeks to come.

The operator went live with its LTE service earlier this year, deploying on the 800MHz band, and was the first to launch next generation mobile services in the Netherlands.

KPN said it is marking the deployment of 4G on 1800MHz by giving customers of its network and those of its MVNO Hi data speeds of up to 50MBps.

However, it is hoping to offer speeds of up to 200MBps by bringing together spectrum in the 800MHz and 1800MHz bands to provide LTE-A.

The operator is deploying the new network in partnership with Ericsson in Amsterdam, Schiphol, Rotterdam, Utrecht, The Hague and Eindhoven, which it said it where a bulk of its 4G customers live and work.

Jacob Groote, KPN Vice President of Mobile Operations, commented: “LTE-A combines the 800MHz and 1800MHz frequencies enabling KPN to increase the capacity of its 4G network and the download speed to potentially 200Mbps in the future.”

A customer survey by KPN revealed that 4G consumers are using between 2.5 and four times more data than those on 3G contracts.

Last week, Ovum said LTE will account for more than a quarter of global mobile subscriptions during the next five years, as the price premium disappears and people trade up from GSM contracts.