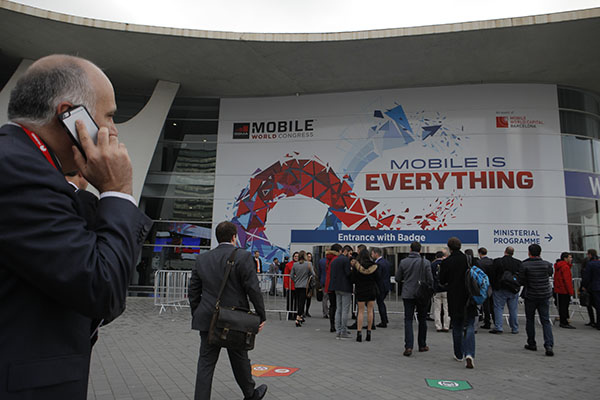 Telcos need to avoid the mistakes of the past by building in key functionalities into 5G from day one, instead of holding onto future features, MWC has heard.

Unsurprisingly, 5G has already cemented itself as one of the key themes of this year’s Mobile World Congress, with vendors and telcos scrabbling to announce yet more benchmarks, technologies and use cases.

One of the most active companies in this area has been Ericsson, which has spent much of January and the past 48 hours launching an overwhelming amount of announcements. This includes fresh trials with Telstra and Verizon, among many others.

In the company’s keynote this morning, CEO Hans Vestberg said: "The last 12 months have seen a dramatic change in interest in 5G. 2G, 3G and LTE were built on a commonality, on standardisation. 5G will have new requirements but it needs to be built on what we did in the past decades."

At the centre of these 5G trials have been massive-MIMO, millimetre wave spectrum, ultra-dense networks and virtualisation. Speaking at a roundtable, the CTO of SK Telecom, a company that has arguably been even more active than Ericsson in its thirst for 5G, identified the latter as crucial for freeing up resources for customers.

However, exactly who 5G is for has split opinion. For Nokia CEO Rajeev Suri, it is unfair to just call it a radio technology. It’s something larger. He said: It’s about driving use cases. It’s designed for IoT better than 4G could ever have been….It’s not just a technology change but a business model change."

Vestberg said he felt while previous generations of mobile were for consumers, 5G was something for the wider family.

However, he view was contradicted by Deutsche Telekom CTO Bruno Jacobfeuerborn. He said he felt 5G was a way of managing consumers’ digital lives as the number of devices per person skyrockets. He referred to the marketeer Janice Reinhold quote: "In today’s modern world, people are either asleep or connected."

He split 5G’s appeal in three, across digital devices, such as virtual reality, digital natives, those driving the new use cases, and digital experiences.

However, he said the short-term of defining standards should learn the lessons from LTE. He said despite the hype and excitement surrounding rich communication services (although the latter has experienced somewhat of a revival), simplicity, privacy and security needs to be baked in from the off. He said: "RCS was much too complex. This is something we shouldn’t do again. We need to focus on simplifying services for consumers."

This was a view shared by Current Analysis’ Peter Jarich, who claimed that all IP networks were one of several "missed opportunities" that LTE promised but did not deliver.

Deutsche Telekom used the first day of MWC to reveal it had hit end-to-end latencies of less than one millisecond in a network slice, a technical record. The operator used 2.6GHz, which it said could deliver widespread coverage to industrial robots or connected cars.

It also showed how 60GHz spectrum and beam-forming could be used to achieve downlink speeds of more than 1.5GBps through a prototype smartphone.

His call may fall on deaf ears, but Qualcomm CTO Matt Grob said that consumers will not have an interest in the blistering speeds 5G trials have already produced. He said: "They need lower costs, lower latencies and more consistency."

O2 UK CEO Ronan Dunne also called for perspective. He told a press dinner on Sunday (21 February) evening that operators still have plenty of work to do to realise the promise of LTE.

With 2018, and the first live consumer trials of 5G, only two years away, it seems unlikely the industry will pay heed.