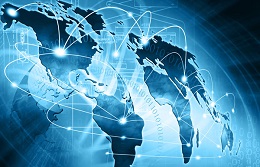 A report from ABI Research claimed it has taken four years for the telecoms industry to cross the 100 million mark. It said it will take a further four years to achieve one billion population coverage.

There are now 20 commercial LTE-Advanced deployments in Western Europe, with 13 in the Asia Pacific region and only four in North America. However, the United States has the greatest amount of population coverage globally, at 7.8 percent.

The report also noted a number of pending spectrum auctions that will take place during the next 12 months. In France, the government recently gave the go-ahead for the sell-off of 700MHz spectrum to operators. United States operators are currently bidding for AWS-3 spectrum and the Indian market will also acquire spectrum later this month.

Jake Saunders, VP and Practice Director of Core Forecasting, said: “As heavy subscribers’ data traffic growth has exploded, ABI Research anticipates fierce competition for more spectrum, as well as an active migration to VoLTE and higher data modulation schemes such as LTE and LTE-Advanced, which has higher spectral efficiency.”

Last week, UK regulator Ofcom revealed plans to allow companies to use white spaces, in a bid to relax the strain on spectrum resources. Companies such as Google and Microsoft had been experimenting with the technology in trials across the United Kingdom.

In France, Bouygues Telecom said it was the first operator in the country to successfully test tri-band carrier aggregation.