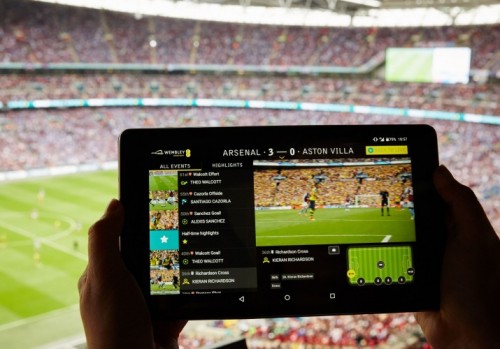 A weak device ecosystem and unclear monetisation model are problems that need to be solved by LTE-broadcast proponents, a new report has claimed.

Researchers at Strategy Analytics said the technology is important to operators with the ambition to deliver superior video and data services. The report said mobile video demand will only increase as data bundles get larger and supply of content increases.

Wei Shi, Analyst of Wireless Media Strategies, Strategy Analytics, said: “Although LTE-broadcast is the best tool to deliver the same content simultaneously to multiple users using the broadcast channels, therefore ideal for covering live events, for example, sports or concerts, live video alone is not enough to make a paid for service.

“However, the cost saved from offloading the traffic data, largely generated by mobile video consumption, from unicast to multicast will justify operators’ limited investment to upgrade the network.

“In addition to packaging LTE-broadcast as part of operators’ service portfolios, there are other non-live video opportunities for the technology, for example, batch software updates, public information dissemination, and supplementing terrestrial broadcasting.”

In spite of its benefits, researchers said the device ecosystem is too weak. It tracked 26,000 smartphone models and found more than 1,000 are using capable chipsets, and even fewer have the feature enabled when the device is shipped.

They cited Apple’s failure to support the technology as a key obstacle and an issue for the LTE-broadcast Alliance to solve. The group, which includes EE and Telstra as members, launched last year in a bid to foster adoption of the technology.

Nitesh Patel, Director, Wireless Media Strategies, Strategy Analytics, said: “Leading mobile device makers have not rushed to equip a large number of their phones and tablets with the LTE-broadcast feature, the most obvious absence being Apple’s iPhones and iPads.

“One of the main objectives of the Alliance is to shore up the mobile device support for LTE-broadcast. More important than the publicity, operators should take the lead to break the ‘no business therefore no device, no device therefore no business’ cycle.

“By embracing LTE-broadcast more seriously, operators will send a clear signal to the device makers, including Apple, that it is time they should bring the feature to a broader portfolio of their products.”