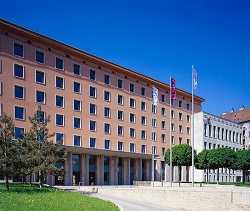 Magyar Telekom has launched an NFC-enabled MobilTárca mobile wallet to customers in Hungary, allowing them to pay, collect loyalty points or redeem tickets on their smartphone.

Payments can be accepted in more than 18,000 locations across the country, loyalty points can be earned in over 600 shops and 23 venues have signed up to accept NFC tickets.

Magyar Telekom said there are 15 Android smartphones available that can use the wallet, with plans to double the range of compatible devices by the end of 2014. It said it expects there will be almost one million devices using MobilTárcamobile by the end of next year.

The operator has partnered with Mastercard and OTP Bank to supply the payment services. It follows the of the Hungarian Mobile Wallet Association in June 2011 to help promote the use of mobile payments.

Hungary becomes the fourth region Deutsche Telekom has introduced the service to, after Germany, Poland and Slovakia.

Christopher Mattheisen, Magyar Telekom’s Chief Executive Officer said: “We have arrived at a new era of mobile usage. MobilTárcaturns smartphones into a digital purse. We are the first in Europe to offer for customers a mobile walletservice that can be used not only for payment, as in addition we offer with it a loyalty card for point collection as well as the possibility to store in it admission tickets purchased to events.

“Apart from the variety of services, another factor contributing to the widespread use of MobilTárcais the nationwide network of locations accepting the available cards and tickets. We are confident that mobile payment will soon become as natural as taking photos or surfing the internet with our mobile phone.”