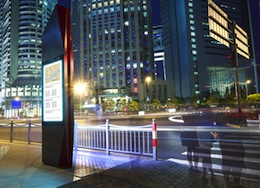 Orange and Telefónica are among the founding members of a new FIWARE open source community aimed at evolving standards for smart cities.

The community is set to launch by the end of the second quarter this year. By adopting FIWARE standards, the community said it believes it will be able to create interoperable smart city applications, which can be deployed at scale in different countries at the same time. It said by creating this scale, it will be able to attract start-ups and enterprises to drive innovation within this area.

Patrice Slupowski, Vice-President of Digital Innovation, Orange, commented: “There is an incredible opportunity for European cities to take advantage of open solutions and a wide community of developers, to quickly bring digital services and innovations to their citizens.”

The FIWARE project was created by more than 40 companies and the European Commission and was aimed at bringing together components to build interoperable smart applications. It recently broadened its scope to South America.

Marieta Rivero, Chief Deputy Commercial Officer at Telefónica, said: “FIWARE does not just support a more efficient management of municipal services. It brings open standards enabling to transform cities into engines of growth. Using FIWARE, Smart Cities can deliver the platform, combining Open Data and the APIs based on which new innovative applications can be created.”

Last year, Telefónica said it was deploying more than 350 FIWARE based sensors across Valencia as part of its exploration of the smart cities space.