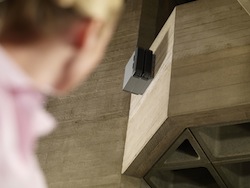 The two companies, who have been collaborating on LTE for NTT DoCoMo since 2007, will be providing the operator with high-capacity base stations with an initial equipment capacity of 300 Mbps and cloud-based services architecture.

The new remote radio heads equipment will be used by NSN and Panasonic to help roll out small cells for NTT DoCoMo’s LTE-A network.

The remote radio heads come in two versions. For the two-pipe version there are two types – the Single RAN 2x60W remote radio head, which enables operators to run radio technologies concurrently with just one radio head; and the Flexi Multiradio Remote Radio Head 2TX, which can be mounted on existing masts, thus avoiding the potential costs of building new support structures.

The four-pipe radio head uses an advanced antenna system with four transmission and reception paths instead of the usual two paths.

According to NSN, the Flexi Multiradio Remote Radio Head 4TX, which has already been introduced successfully in North America, will help enhance the data rates of users at the edge of a radio cell, with the aim of optimising the user experience.

“We are innovating to make mobile broadband more profitable for operators. With our new products in the Flexi Multiradio portfolio, we help operators further reduce operating expenses related to GSM, 3G and LTE sites,” said NSN’s Stephan Litjens, head of LTE product management, in a statement.

NSN has also announced that it has upgraded the Smart Scheduler software in the Flexi Base Station so that uplink capacity can be enhanced by up to 25 percent.