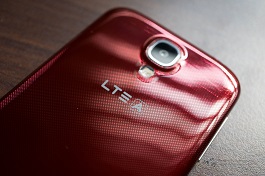 Nokia Networks has released upgrades to its LTE and HSPA Liquid Radio products, increasing speeds of the former to as much as 450MBps and reducing interference.

Amid a welter of announcements from the vendor this morning, it said it has improved carrier aggregation (CA) to support 60MHz bandwidth across LTE and TD-LTE, which can be used by forthcoming Category 9 devices to support peak downlink rates of up to 450MBps.

Networks can offer the speeds by uniting three spectrum allocations, rather than two. Commercial deployment is expected to take place next year. Nokia said it can offer these speeds via a software upgrade to its Flexi Multiradio 10 base station.

The vendor also launched a Flexi Metro Remote Radio Head, offering 60MHz CA for LTE networks. The unit is under five litres and five kilograms in size, which the vendor said allows it to be deployed easily in built up areas. Output can be changed from 2x5W down to 2x50mW.

New features for Nokia’s Liquid Radio Software Suite have also been unveiled. An Enhanced HSUPA Interference Cancellation function reduces interference, allowing uplink throughput to increase by up to 60 percent and users by 30 percent.

Other updates include a better load balancing on LTE-WCDMA and LTE networks, reducing congestion in built up areas, as well as an HSPA rapid receiver for high speed trains.

Meanwhile, the vendor has held a demonstration with China Telecom, showing what it claims is the “world’s first” demonstration of FDD-TDD carrier aggregation through a user-device chipset.

It said peak download speeds of 260MBps were hit by aggregating 20MHz FDD at 1.8GHz and 20MHz of TDD at 2.6GHz. The former contributed 150MBps of the total speed, while the latter provided 110MBps.

Nokia said the demonstration showed how networks can improve both coverage and capacity by bringing together TDD and FDD bands.