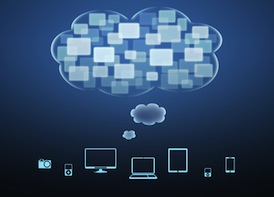 Nokia Solutions and Networks (NSN) has announced it is working on enhancements in LTE-Advanced, TD-LTE and HetNets by virtualising control of its products into a “telco cloud” environment in a bid to relieve traffic on operator networks.

The first such product to be modernised is NSN’s Operations Support System (OSS), which will now become NetAct 8 – a virtualised, single OSS for managing radio, core and transport networks – that provides off-the-shelf management of Network Function Virtualisation (NFV).

NFV was created by a consortium of services providers to deal with the issues affecting hardware such as lifecycles and storage in operators’ networks.

The technology aims to take standard IT virtualisation technology and consolidate network equipment into high volume servers, switches and storage that can then be situated in data centres, network nodes and end-user premises.

Examples of network functions that can be virtualised include HLR/HSS, MME, SGSN, GGSN/PDN-GW, RNC, Node B and eNode B in mobile network nodes, as well as other standard network functions such as BNG, CG-NAT and routers.

Phil Twist, NSN’s Head of Portfolio Marketing, Network Systems, told Mobile Europe that the vendor is following a four-step approach as it looks towards the telco cloud.

Step one concerns work it is currently doing with a number of operators who use commercial off-the-shelf advanced telecommunications architecture (COTSATCA) to move to an open-standards IT blade servers.

“We’ve been working very hard with VMWare and OpenStack to make sure that this can be agnostic, so that moving from a COTSATCA to an IT cloud environment is easier,” said Twist.

The second step involves the data connection gateways on LTE or 3G networks and how functions can be separated using NFV – effectively the creation of a software-defined network.

“So with the data connectivity part, you [will be able to] separate the control from the data and still handle all the various service functions that you need like packet inspection and tunnel inspection [for example], and that means redefining the architecture so [it] is ready to use a software-defined transport layer as and when this becomes available.”

NSN has already made some headway here, having conducted trials with various operators, such as SK Telecom, which announced last month that it has successfully managed to turn a base station into a local hub for providing services during lab tests.

The final fourth step of the plan involves implementing the first three steps, combining the Liquid Applications solution with optimisation and network intelligence that is able to understand all aspects of the network, from the core network cloud to the transport layer cloud to the RAN cloud once they are set up.

One of the key considerations in making telco cloud a reality is focusing on security, according to NSN.

“It’s easier to build a network without taking security into account. It’s more complex when you do. The methods we’re putting into place ensure that the PKI downloads to a base station so that a small cell or a new LTE eNode B can start working automatically without you having to visit the site with a software licence and set it up manually [to ensure security],” said Twist.

He revealed NSN is also working on an end-to-end solution that can embed security elements into all parts of the network, including the cloud, and will share more details about it this month.

Other key considerations to deploying telco cloud include enabling QoS across multiple IT platforms and delivering vendor-agnostics standards.

NSN’s point of differentiation is that it is the only vendor that is focusing on a cloud stack that is truly agnostic, Twist said. There is a “dramatic” shift towards software and the commoditisation of IT, he concluded.