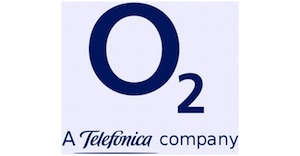 Telefónica UK has deployed Cellwize’s elastic-SON product in a bid to enhance its network performance and quality of service for its customers.

The UK is the first market in which Telefónica has deployed a centralised self-organising network solution (C-SON) and marks the debut in the UK of SON technology across 2G, 3G and 4G LTE.

Cellwize said the deployment of the C-SON will help Telefónica’s infrastructure sharing project with Vodafone. It said the shared network needs a SON product that can work across different technology and equipment from a range of vendors.

Telefónica UK and Vodafone have been working together since 2012 on its site sharing project, operating 18,500 locations with site equipment and backhaul between them.

Both operators will be keen to improve their network performance. According to analyst firm Rootmetrics latest report, O2 and Vodafone scored third and fourth respectively out of the UK’s four operators. Both companies also were in the same position for reliability, speed and mobile internet performance.

Adrian Di Meo, CTO of Telefónica UK, commented: “We chose Cellwize due to its ability to work with all Telefónica UK incumbent RAN vendors and technologies. Cellwize was successful in improving customer experience during such a complex RAN-sharing network swap project.

“The SON solution reduced the complexity and Time-To-Market of new site-setup as well as the overall swap, which was deployed with expertise and efficiency.”

Cellwize CEO Ofir Zemer: “Telefónica UK’s landmark network modernisation project will see all its subscribers receive the best service possible, across all technologies. elastic-SON plays a central role streamlining the process to ensure that the modernisation project is completed smoothly.”