More
HomeNewsOfcom to hold auctions of 2.3GHz, 3.4GHz spectrum for public use
News

Ofcom to hold auctions of 2.3GHz, 3.4GHz spectrum for public use 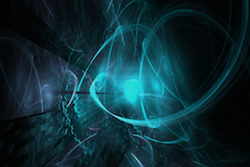 Ofcom will hold an auction of spectrum in the “very high capacity” 2.3GHz and 3.4GHz frequency bands to meet the growing demands of mobile broadband services in the UK.

The regulator said it plans to sell off a total of 190MHz of spectrum in the two bands, which will be auctioned in either late 2015 or early 2016. While Ofcom did not unveil the proposed use for freed spectrum, it said it would likely be offered for general use for smartphone and tablet users.

The spectrum is currently used by the UK’s Ministry of Defence, but will be freed up as part of a wider initiative to give the public better access to high-capacity mobile data services.

Ofcom said the spectrum will be auctioned in 38 lots of 5MHz, with a minimum bid of four lots per band. To promote competition, the regulator has proposed a “safeguard cap” that will limit operators’ mobile spectrum holdings to 37 percent. The total value of the reserve price will be between £50 million and £70 million (€64 – 89 million).

“It comes in response to the fast pace of change and innovation taking place in the communications sector, which is placing increased demands on how spectrum is used by all industries. One important way of meeting this demand is making new spectrum available and its use as flexible as possible.”

According to Ofcom, the 2.3GHz spectrum is already in use in 10 countries for 4G mobile networks and is compatible with a number of handsets including the iPhone 5 and 6, as well as certain handsets by HTC and Samsung.

Meanwhile, the 3.4GHz band is being used in six countries including the UK, Canada and Australia for 4G wireless services.

The proposal is currently in a consolation phase, which closes on the 23 January 2015.