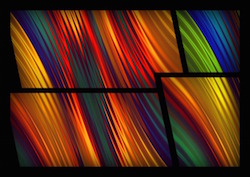 Open, cross-industry discussion is required to ensure the UK can effectively manage its spectrum requirements, a forum has heard.

Speaking this week at the UK Spectrum Policy Forum in London, Ofcom Group Director Philip Marnick claimed that the distribution of spectrum was a “balancing act” that required industries understand and accept the resource needs of others in order to facilitate growth across all sectors.

According to Marnick, problems stem from industries questioning the spectrum requirements and growth forecasts of others, leading to disagreements over the doling out of resources in the country.

Marnick said: “Everybody believes that everyone else’s sector is growing, [but] they never believe anyone else’s forecast of growth. They always believe everybody else has technology with which they can fix the problem of their growth.

“Everybody’s demand for spectrum is that they need it…people don’t really recognise why the other sector necessarily needs the spectrum and why their bit of their spectrum is not more important than everyone else’s.”

Marnick spoke as the Spectrum Policy Forum launched a new report on the usage and demand of spectrum in the United Kingdom.

The report, based on independent research from Real Wireless, evaluated the spectrum needs of various industries “in relation to their social and economic value”, including mobile, business radio and the space sector. It is the first in a series of publications aimed at addressing cross-industry spectrum requirements in the medium to long term.

The report detailed how an increase in mobile data consumption will put pressure on spectrum allocation and change how spectrum is used by the telco market, particularly amid the convergence of TV and content, as well as of fixed and mobile operators themselves.

It also claimed operators would have to be “heavily focused” on squeezing as much capacity as they could from current spectrum and network assets so that extra capacity could be targeted only when required. This came despite it being identified in the report as the most valuable use of spectrum in the UK.

The Forum said it hoped the report would encourage open discussion and mutual understanding across industries in regards to industry requirements.

Raj Sivalingam, Executive Director of the UK Spectrum Policy Forum, said: “Spectrum is a hugely valuable, but limited, resource. The potential social and economic benefits are enormous, so it is important we fully understand future demand across multiple industries.

“Through extensive engagement we will be able to identify the spectrum pinch points, which will guide the future work of UK Spectrum Policy Forum, to inform future policy debates and maximise social and economic benefits from spectrum in the long-term.” ​

White spaces get go ahead in UK after Google, Microsoft trials