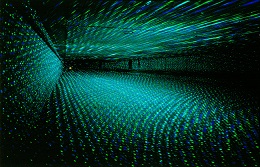 Orange has teamed up with Nokia Networks to install a fully virtualised IMS solution, as ARM became the latest company to launch a portfolio of virtualised products.

Orange said it has used the solution to hold a voice call in fully virtualised conditions.

He added: “The findings from this partnership are essential for building Orange’s future network and IT infrastructure, and to prepare for operational transformation across our operations as a result of NFV.”

Meanwhile, ARM has launched new system-on-chips to support operators’ shift to software defined networking and network function virtualisation. A range of partners, including Cavium, Marvell and APM, will use the new technology to power flexible cloud environmentsthrough a common software layer.

“The scalability of ARM technology, combined with the networking systems expertise of our partners is increasing node intelligence and configurability, laying a new foundation for software-defined functions and applications.

“The move to the ARM architecture is underway, enabling new possibilities for an intelligent flexible cloud from device to data centre.”