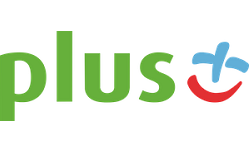 The Polish operator, which trades under the Plus brand name, brought together 20MHz of spectrum in its 1800MHz and 2600MHz holdings. Ericsson provided its equipment and assistance with the tests.

Oliver Kanzi, Ericsson’s CEO in Poland, said he expected the commercial deployment of the technology to begin after the forthcoming auction of 800MHz and 2600MHz spectrum.

The auction was originally due to take place in January but was abandoned after numerous objections from operators about its running.

CEO Tobias Solorz commented: “Plus once again demonstrated that it boldly reaches out for new solutions and that it is not only the leader in LTE technology but that it sets trends and standards for web services in Poland.”

Carrier aggregation is seen as a means of making networks more efficient and improving the user experience for customers who do not even use compatible handsets. Next year, Category 6 handsets, which can provide speeds of up to 450MBps, will hit the mainstream.