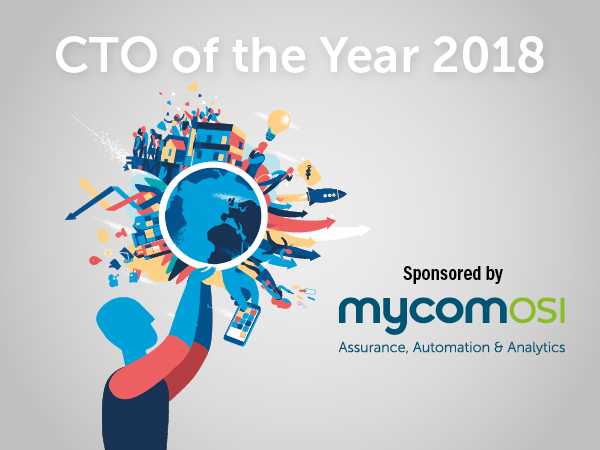 Vodafone Group's Johan Wibergh and Turkcell's Gediz Sezgin were the big winners at Mobile Europe and European Communications' CTO of the Year awards, where tech leaders from across Europe took part in an exclusive industry roundtable.

The awards, which were sponsored by MYCOM OSI, are now in their fifth year and celebrate the critical role of the CTO in driving transformation within operators.

Both Wibergh and Sezgin were unanimous winners among the judging panel, which scored CTOs according to their achievements in four criteria: delivery, transformation, customer satisfaction and influence.

Wibergh, who was crowned Group CTO of the Year, was lauded for leading Vodafone's extensive 5G innovation strategy, which has spanned its different markets across Europe. The judging panel also noted his influence in steering the agenda of the Next Generation Mobile Network Alliance as its Chairman and focus on improving the performance of Vodafone's networks worldwide.

Turkcell's Gediz Sezgin, winner of the Regional CTO of the Year award, was singled out by the judging panel for juggling numerous innovative projects. Sezgin has worked on a nationally produced base station, worked extensively on virtualisation projects and led a shift in the operator's strategy from a conventional communication service provider to digital service provider.

Mobile Europe Editor Graeme Neill said: "The 2018 CTO of the Year awards presented our judging panel with the best crop of entries since the competition was launched in 2014.

"Johan Wibergh and Gediz Sezgin are both worthy winners of the award and set brilliant examples of what the modern CTO should be. They are happy to experiment, to push the envelope of what a technology team should be doing and lead from the front in the industry's evolution to 5G."

Last night's event, which was held in central London, also celebrated the achievements of European Chief Technology Officers during the past 12 months. Participants at the roundtable, which included CTOs from EE, MTS and Proximus, debated the current technology landscape and the challenges and opportunities facing operators. A full report from the roundtable will be published in the Q3 issue of Mobile Europe and European Communications magazine.