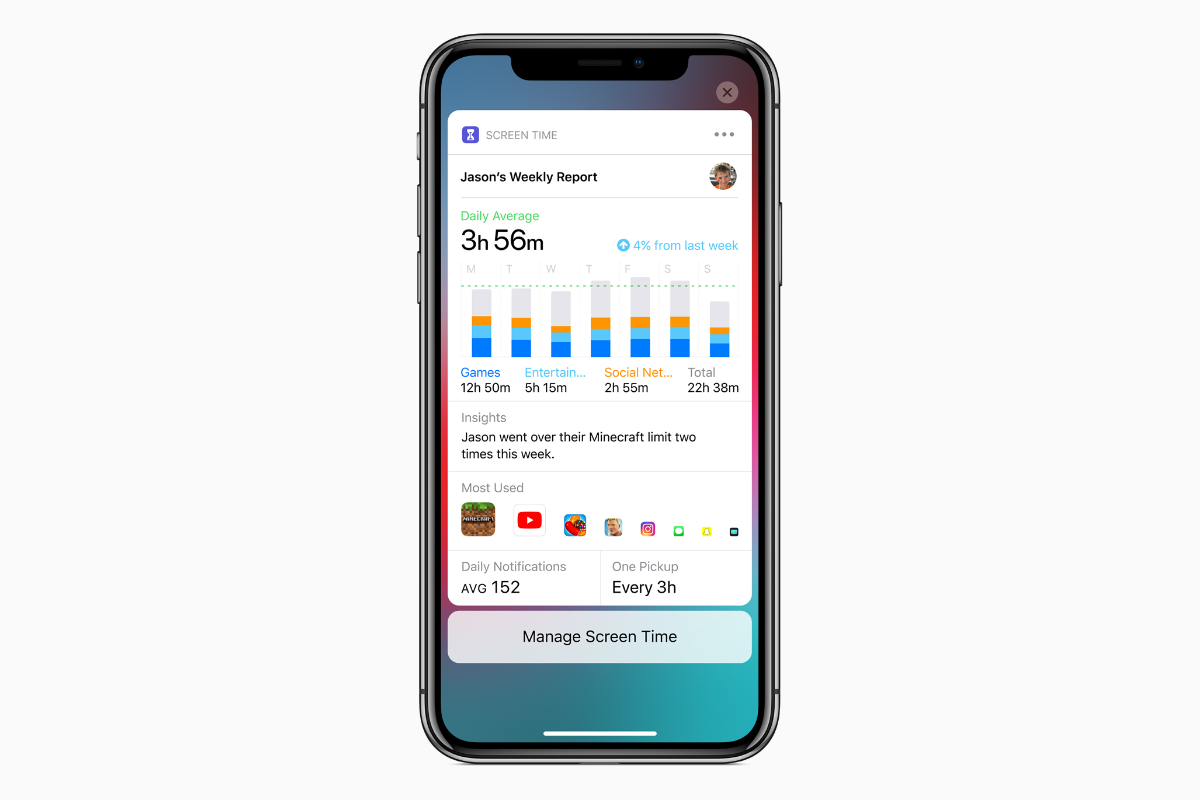 Apple has unveiled the latest iteration of its iPhone and iPad operating system, iOS 12, which among other things, aims to help customers control the amount of time they spend using their devices.

A new "Do Not Disturb during Bedtime" feature dims the display and hides lock screen notifications to help users get a better night's sleep. During the day, iOS 12 gives customers new tools to manage notifications, such as grouping them together or turning them off completely. Meanwhile, "Screen Time" provides activity reports about time spent using individual apps, and how often their iPhone or iPad is picked up.

As well as the usual performance updates – including shortcuts to make Siri work faster – iOS 12 also comes with ARKit 2, Apple's software development kit for augmented reality apps, and a new feature called "Memoji", which turns a picture of the user's face into an animated emoji, or Animoji, as Apple calls them. FaceTime now comes with a Group FaceTime option, enabling group video calls with multiple contacts at once.

The unveiling took place at Apple's annual Worldwide Developer Conference (WWDC). A beta version of iOS 12 will launch later this month; the final version will roll out as a free upgrade this autumn.