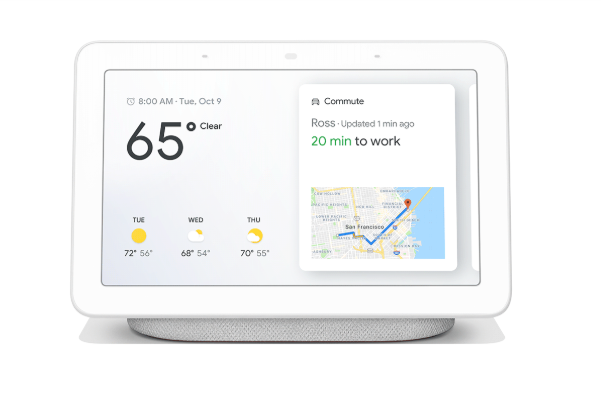 Google has launched a one stop device for controlling smart home devices.

Consumers can control more than 10,000 products, such as lights, home heating, smart TVs, from more than 1,000 manufacturers via a single interface. Previously consumers had to control devices through their dedicated apps.

It said it deliberately eschewed a camera on the device to take account of recent privacy concerns surrounding digital companies.

The Home Hub has been initially launched in the United States priced $149 and the announcement coincides with Google revealing an updated version of its Pixel handset. The smartphone has a improved smartphone, screen and the ability to avoid spam calls by screening who is calling a device.

Rick Osterloh, SVP of Hardware at Google, said: "There’s a clear line from the technology we were working on 20 years ago [when Google launched] to the technology we’re developing today—and the big breakthroughs come at the intersection of AI, software and hardware, working together."

Earlier this week, Facebook chose to launch a new Portal range of video communication devices regardless of a series of fears over privacy violations and negative publicity surrounding how the site is being used.

The devices are available in 10 inch and 15 inch models and uses AI to power a smart camera feature that tracks callers around a room. Smart Sound also reduces the sound of background noise.

Facebook announced last week that the personal information of 50 million users had been exposed, its largest privacy breach to date.

However, it said its Portal devices would include the ability to disable their cameras and microphones by a single tap. The devices also come with a camera cover and can be locked with a passcode.

Facebook also said it does not listen to view or archive the contents of Portal calls.