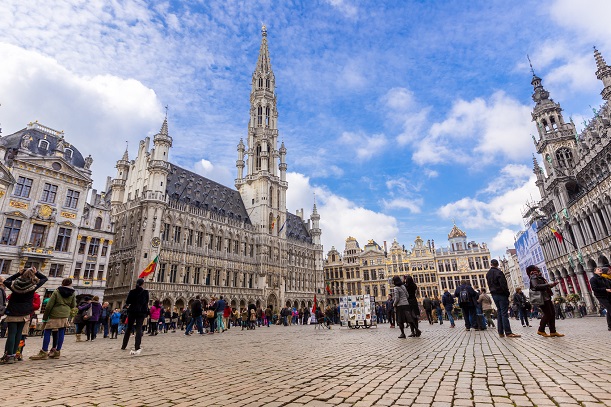 The operators plan to have the agreement in place by the end of the year and say the shared network will enable them to improve service quality and indoor coverage.

Proximus and Orange Belgium also claim their network-sharing will pave the way to a quicker and more comprehensive roll-out of 5G in Belgium.

Through consolidating their resources, the operators expect to see a 20% increase in the number of mobile sites, compared their stand-alone radio access networks.

The shared mobile access network will be planned, built and operated by a new equally owned joint venture starting early next year.

Although they will share their mobile access networks, the two companies will retain full control over their own spectrum resources, and they will continue to independently operate their core networks to offer a separate customer experience and service.

Each party will have the freedom to deploy non-shared sites and capacity into the network at the lowest level of capillarity. At the site level, they will also each be able to set data and voice quality parameters to deploy spectrum bands and technology layers.

The agreement will also include the complete separation of usage and user data and full freedom to set independent policies to enhance the network performance, security and automation.

Dominique Leroy, CEO of Proximus, said, “The signing of the term sheet is an important step in reaching a final mobile access network-sharing agreement between Proximus and Orange Belgium.

"It will allow us to embark on a faster and broader 5G roll-out while improving mobile network capacity and coverage to the benefit of our customers, while keeping a strong and differentiated customer experience.”

“It will help us to realise operational cost efficiencies that will enable us to sustain future networks roll-out and fuel digital investments,” she added.

Orange Belgium says it will spend €130 million over the next three years to implement the agreement but expects the arrangement to deliver cumulative OpEx and CapEx savings of €300 million over ten years.

A statement from Proximus notes, “Network sharing also generates important environmental benefits as it reduces the number of antenna sites, leading to less visual burden, and decreases the total energy consumption by approximately 20%, which is equivalent to the consumption of 10,000 households in Belgium.”

The announcement follows the recent launch of several European network-sharing deals, including between Orange and Vodafone in Spain; Fastweb and Wind Tre in Italy; and Tele2 and Bite in Latvia and Lithuania.

Financial anlaysts Jefferies commented, “Cost savings are material and credible – we estimate net upside of €0.4/€1.1 per share for ]the two] from the first 10 years, [that is] material upside particularly for [Orange Belgium].

The regulatory stance might be supportive because the co-operation does not impinge on differentiation and competition, and supports industrial policy goals (coverage, road to 5G).”

Michaël Trabbia, CEO, Orange, said, Mobile access network sharing is a trend in Europe which benefits consumers, as it enables more efficient investments to cope with the increasing data consumption.”