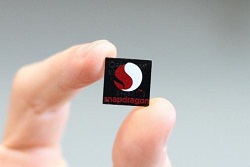 Qualcomm has recorded a fivefold increase in tablet application processors, as the wider market experienced growth of 30 percent to hit €674.4 million during the first quarter of this year.

Stuart Robinson, the agency’s Director of the Strategy Analytics Handset Component Technologies, added: “During Q1 2014, Intel, Marvell, MediaTek and Samsung also made good progress in the tablet applications processor market and registered strong shipment growth. Both Intel and MediaTek are aiming to ship 40 million or more tablet applications processors in 2014 and both companies appear to be on a good trajectory, based on their Q1 2014 momentum.”

While tablet application processor makers continye to be buoyed by strong sales growth, there was gloomier news this week for tablet manufacturers themselves.

A report from CCS Insight said the market is set to see sales growth slow to just 14 percent this year, compared to 71 percent in 2013.

CCS Insight’s Director of Forecasting Marina Koytcheva said: “Rapid growth has proved unsustainable. After the fastest adoption ever seen for a technology device, tablet-makers now face a nasty sting in the tail.

“Replacement rates are lagging those seen for smartphones, with consumers holding onto their tablets for three years or more.”

However, the agency said thanks to the replacement cycle eventually kicking in, plus demand in emerging markets, sales would hit 562 million units in 2018, with a value of €73.2 billion.