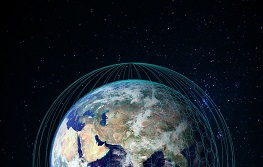 Qualcomm and Virgin Group have joined a project to launch 648 micro-satellites, which will wirelessly connect areas without internet access.

Both companies have made undisclosed investments in OneWeb, the trading name of WorldVu satellites.

The project will involve a fleet of micro-satellites being launched to offer low-latency internet access at high speeds via the Ku-band to small cell terminals located around the world.

OneWeb said the system will help mobile operators broaden their coverage to rural and remote areas. The small cells will offer the ability to connect using Wi-Fi, LTE, 3G or 2G using an operator’s licensed spectrum, or through LTE and Wi-Fi using unlicensed spectrum. No time scale was provided.

As well as investing in the company, Virgin’s space arm Galactic will be OneWeb’s satellite launch provider.

OneWeb Founder and CEO Greg Wyler said: “OneWeb is designing a global communications infrastructure that will enable affordable internet access to the world’s underserved populations. With the spectrum and technology, coupled with strong partners, we look forward to advancing global connectivity.”

OneWeb is one of a number of companies seeking to connect the unconnected, with the International Telecommunications Union estimating more than half of the world’s population has no access to the internet.

Facebook is looking into free space optical technology and low orbit satellites as part of its attempts to increase global connectivity. However, the GSMA described its potential use of drones as “scary”

Branson said: “Imagine the possibilities for the three billion people in hard to reach areas who are currently not connected.

“We’re excited for the opportunity for Virgin Galactic’s LauncherOne programme to help make it possible through low cost, reliable and frequent satellite launches. Improving access to education, health care, financial systems, and employment will take a revolution, one that we are tremendously proud to be part of.”

Jacobs added: “We have a shared vision to bring connectivity to underserved areas around the world. We are pleased to join Virgin as an initial investor, and we look forward to helping fund initial technical feasibility work for the satellite system.”