More
HomeInsightsRevealed: CTOs on the most overrated wireless technology
Insights

Revealed: CTOs on the most overrated wireless technology 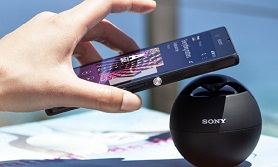 The telecoms industry spends so long talking about the future that it is easy to forget the so-called gamechanging technology that is understandably left, unlamented, in the past. For every iPad, there’s a BlackBerry Playbook. For every Sony Walkman, there’s a Panasonic MiJockey.

When Mobile Europe spoke to Europe’s leading chief technology officers, as well as their achievements and what excited them in the industry in 2014, we also wanted to know what they didn’t miss or are sick of hearing about. Here’s what they thought.

Three products emerged as the most overrated; one languishing in the past and two that are part of our present and future. The former was WiMax. The one-timecontender to LTE was seen as inefficient and far from cost effective, according to Bouygues Telecom’s Yves Legrand. Telefonica CTO Enrique Blanco agreed. He said: “While the technology was ok – and it was certainly overhyped – our studies proved it to be nowhere near as efficient as HSPA while the lack of mainstream devices confined it largely to niche applications.”

Small cells was one of the other most popular choices, with KPN CTO Erik Hoving arguing that while they will become relevant in around five years, it is much too early for large deployments.

Belgacom Proximus’s Geert Standaert also predicted longer term success for small cells but added: “The fact is that the existing configuration of mobile networks still allows for natural evolution in the coming years, for example by going from a 10MHz to 20MHz frequency and through the use of extra spectrum like the 2600MHz band. Clearly, as soon as options have been used, evolution to small cells seems to be the next logical step.”

Femtocells was the other main gripe of CTOs. While Swisscom’s Heinz Herren somewhat cheekily suggested all a customer needs is his network’s own iO app and a home Wi-Fi router to get voice over Wi-Fi, Telenor Norway’s Frode Stoldal argued the technology is not fit for indoor coverage (and ironically argued in small cells’ favour).

He said: “Since the femtocell is not integrated into the macronetwork, it is difficult for the mobile operators to secure that femtocell will give the same user experience as the macro network. The growth in rollout of 800 MHz spectrum will improve indoor coverage, In addition, small cells will come down in price and increase in volume. This will make the small cells a viable alternative to femtocell installations.”

Herren was not the only CTO to talk up his network’s abilities at the expense of existing tech. EE’s Fotis Karonis criticised the quality of public Wi-Fi compared to its own 4G offer. Elsewhere, KPN’s Hoving singled out RCS as a fight telecoms cannot win. He said: “The technology might be great, however the operator community was too late with RCS and I believe incumbents cannot fight together with the entrepreneurship of the new players.”

While many parties will have spent their time at Barcelona trying to ignite the stubbornly embryonic payments market, Telecom Austria’s Gunther Ottendorfer remained unconvinced. He said: “M-Commerce has not yet reached its potential and still has a way to go before it lives up to the hype it has received in recent times.”

However, Blanco’s other bugbear showed that sometimes a derided technology can eventually find success, giving some hope to those companies producing the services discussed above.

He said: “In the early days, 3G was overhyped and the only new services it offered – namely video calling – didn’t prove popular. Data was carried on a slow and inefficient circuit-switched bearer. But all that changed with the introduction of HSPA and the rapid uptake of smartphones which has transformed 3G.”