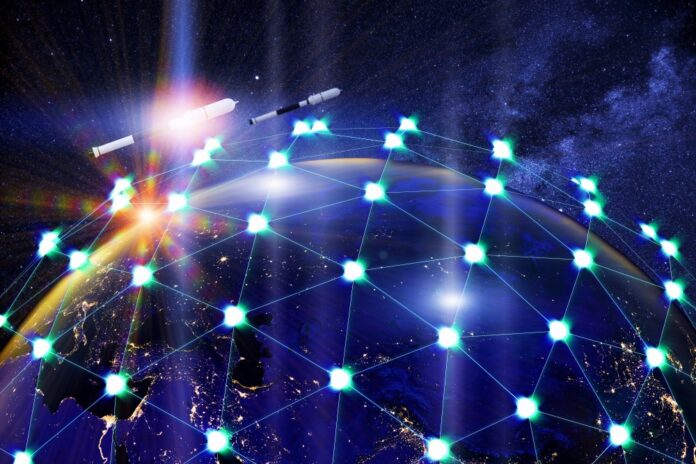 Near space could revolutionise connectivity, but at a huge cost, writes Kester Mann, Director, Consumer and Connectivity, CCS Insight.

Satellite broadband has generated much interest this year, not least from investors. SpaceX, Amazon and OneWeb are among them.

Eventually, it could revolutionise the way hundreds of millions of people communicate, but satellite broadband has a chequered history including spectacular failures that send a warning to today’s hopefuls intending to stump up vast sums with no guarantee of a return on investment.

Much enthusiasm has centred on satellites in low Earth orbit (LEO), about 200 to 2,000 kilometres above the surface of the planet. This offers lower latency, being much closer than the traditional geostationary orbit at 35,000 km.

In June 2021, SpaceX’s CEO, Elon Musk, estimated his company could eventually spend $30 billion (€25.62 billion); no wonder he joked that one of Starlink’s primary objectives is to avoid bankruptcy!

Spending billions to help bring more people online is a commendable goal, particularly given the global connectivity inequalities so starkly highlighted during Covid-19 lockdowns. But I can’t help wondering whether Mr Musk is truly motivated by narrowing the digital divide, or whether his venture is more of a “pet project” to raise his and his companies’ profiles.

SpaceX’s Starlink broadband service is operating in beta mode in 14 countries, including the UK and US, but high costs limit its initial target market. Customers’ hardware alone costs $500; connectivity is $100 per month for unlimited usage, but is costs far more than most broadband contracts, especially outside the US.

Early adopters of satellite broadband are therefore likely to be affluent people in developed markets, who live in places where broadband access is poor to non-existent. For this small market segment, the service could be transformative, enabling people to work from home, and stay in touch with friends and family. It could also be a game-changer for small businesses, particularly those in sectors like agriculture or tourism.

Musk’s ambition to connect people living in the world’s most remote communities will need a range of business models beyond selling direct to consumers. In September 2021, SpaceX and Japanese telecom operator KDDI announced an agreement to provide backhaul to 1,200 remote mobile towers, possibly as soon as 2022. Deals with other operators are almost certainly in the pipeline.

OneWeb is another LEO targeting network operators with high-profile partnerships already signed with AT&T and BT. The company filed for bankruptcy in March 2020, before being bailed out by the UK government and India’s Bharti Enterprises.

Amazon has been more guarded about its Project Kuiper LEO venture announced in 2019, but the company is not scared of long-terms bets on emerging tech including drones and robotics.

Although cost is the biggest barrier to the success of satellite broadband, questions remain about performance and reliability. Starlink advertises data speeds of 50 to 150Mbps, in line with connectivity demands of most households today, but obstructions like trees, tall buildings, other objects in the sky and even heavy rain or wind can cause loss of signal.

This is unacceptable for users, and potentially disastrous for satellite providers.

Other potential issues include allocating and sharing spectrum, governing an internet beamed from space, the growing accumulation of space debris and the environmental impact of launching satellites.

Should network operators consider satellite broadband a threat? Not for many years, if at Operators should strike partnerships to expand their reach, particularly in areas that would otherwise be uneconomic to serve, although some satellite providers like Starlink eventually intend to offer coverage in urban areas, which would be direct competition.

Satellite broadband is an exciting new opportunity. It could revolutionise connectivity for hundreds of millions of people or monumental costs and a host of technological and regulatory uncertainties could turn near space into a billionaire’s scrapyard.